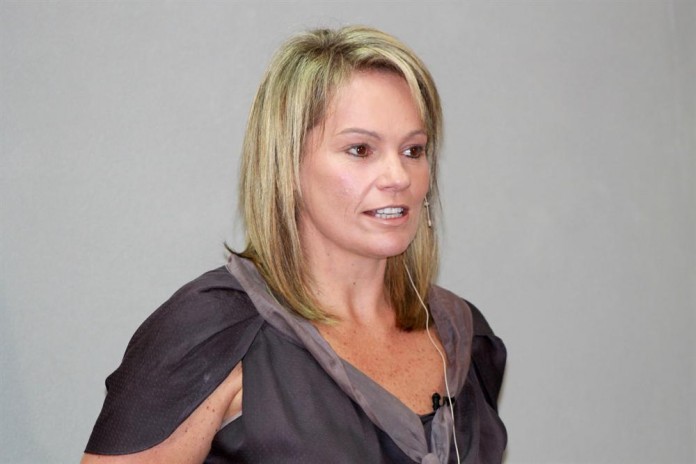 “If you question a person’s integrity, it could be a reflection of your own.” This was one of the greatest lessons that Zelda le Grange learnt from former president and world icon, Nelson Mandela. Le Grange visited Bloemfontein last week where she was a guest speaker at the University of the Free State’s Business School.

Having been Madiba’s typist, personal assistant, confidant and honorary “granddaughter” for the past 18 years, she has seen a side of him that most will never know. “When I matriculated in 1988, I wanted to be an actress, but my father disapproved of this,” tells Le Grange. “So I completed my three-year National Diploma at the Technicon Pretoria and took a job in administration. Little did I know I will end up with the biggest acting job of my life.”

Zelda laughs heartily as she talks about her very first meeting with Mandela. He greeted her in his kind and gentle manner and she was so shocked and overwhelmed to hear the man described by her father as a “terrorist” speak to her in Afrikaans that she burst into tears. Mandela put his hand on her shoulder and said, “Calm down. You are overreacting.” This was just the start of a strong bond that would continue to grow between them over the next 18 years.

Le Grange says Mandela was always a mentor to her, taking genuine interest in her personal life. That is why she started calling him “khulu”, meaning grandfather in Xhosa. “He taught me to find my passion, to serve others and to be a selfless person,” she says earnestly. Another Mandela-lesson that she will forever carry with her is to always be punctual and on time. “Madiba taught me that we all have a certain amount of years to live and nobody knows how long that will be. To be late, is to disrespect someone else’s time on earth.”

Le Grange still makes a weekly visit to Madiba where he now lives in Khunu. On a question whether Mandela is concerned for South Africa, Le Grange answers that she thinks he will always be concerned for his country. “He doesn’t verbalize it. I can see it by his face when he reads the newspaper, but we never talk about it. After such a long and full life, I think he just wants to spend his time peacefully on his farm with his wife. He is healthy and happy.”