Bloemfontein Courant travelled alongside the Mapikela family to honour Thomas Mapikela in Grahamstown, now known as Makhanda. The opening of the Thomas Mapikela Debating Chamber took place at the Graham House Gardens at the Anglican Institution which was founded in 1860 alongside Saint Andrew’s College.

The Headmaster of Saint Andrew’s College, Alan Thompson, explained how the project came together. “The project came about when a group of staff came together as part of our strategic plan and was looking for ways to take the legacy of the college and expand it beyond the confines of the colonial legacy that we have, while looking at ways to make this campus truly reflective of its heritage and its history. The building was an old, really badly dishevelled change room attached to the squash courts. So what we are witnessing, is a truly symbolic and important day in the life of Saint Andrew’s College.” 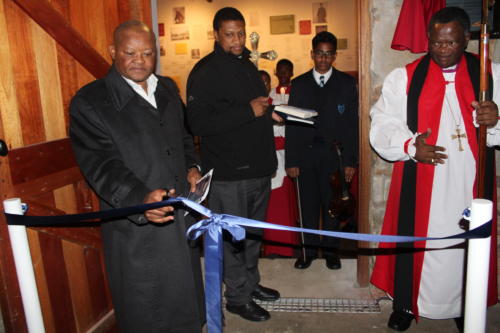 Safika Holdings funded the Thomas Mapikela Debating Chamber. Chief Executive Officer of Safika Holdings, Saki Macozoma, thanked the Mapikela family for attending the event. “It’s very common in our country to honour people while forgetting that they actually have families and that those families deserve the respect,” said Macozoma. 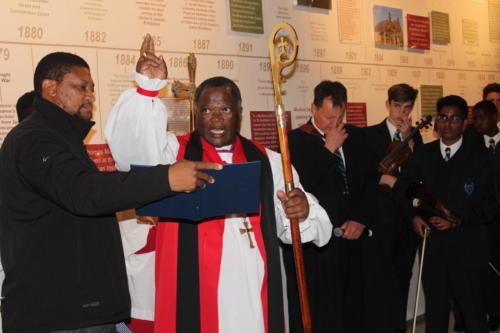 He then shed light on who Thomas Mapikela was and the role he played in our country’s history, taking the audience through an informative history lesson. “The first meeting that was held was called by Thomas Mapikela in March 1909.

The Orange River Native Convention called a meeting that in Bethlehem, and on that occasion they asked for the meeting of what they then called the South African National Native Convention in order to consolidate their ideas and to find effective resistance to the so called Draft Act Union, which excluded them from voting and civic participation and after that meeting he was summoned and threatened by the governor of the Orange River Colony but they proceeded to write to all the leaders in South Africa, including Zimbabwe, inviting them to a national convention to respond to this situation,” he said. 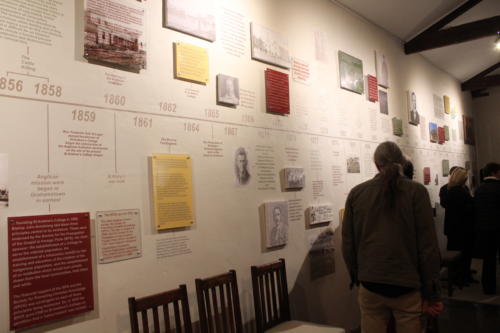 “Mapikela then published a letter in newspapers, written in IsiXhosa, which read: “Chiefs, Councillors and Gentleman. And he named every chief in the country saying ‘don’t let this happen under your watch, don’t let the disenfranchisement take place, let’s meet together at the national convention. That national convention took two months to organise and took place in Waaihoek, Bloemfontein, in 1909. So Thomas Mapikela was the spirit who created the South African National Native Convention; it came from his pen to call and convene that meeting and this is why he deserves this recognition,” concluded Macozoma.

The chamber will be used by the Saint Andrew’s College debating teams who hope that the history written on the walls will inspire them.