The University of the Free State Kovsies continued their unbeaten Varsity Netball run when they handed the University of Johannesburg a 69-37 defeat in Bloemfontein on Monday.

The win has consolidated the double defending champions' spot at the top of the standings after six rounds and also maintained the team's unbeaten run in the tournament this year.

The opening exchanges were very tense, with the teams matching each other goal for goal and neither side willing to give an inch.

However, when the UJ goal attack, Kendra Szeles, was taken off the court after five minutes, the home side took advantage to build a slight lead.

At the first break Kovsies held a slender 16-11 lead, despite UJ working tirelessly to try and limit the home team's attacking threats.

From the second period it was all Kovsies and they extended the gap to beat the visitors by a massive 32-goal margin.

The biggest threat to Kovsies was that of the University of Pretoria, who in their turn were made to work hard for a 59-48 win over NMMU in Port Elizabeth.

It was a bonus-point win for the Pretoria side who bounced back well from their loss to the Free State side last week, while the Madibaz narrowly missed out on a bonus point from the match.

North West University Pukke in their turn snuck into play-off contention with a solid 69-37 win over the University of Cape Town Ikeys in Potchefstroom. The win was the third of the series for Pukke, however, they have also only played five matches after their match against the University of Stellenbosch Maties in round three was abandoned due to load shedding.

In Stellenbosch it was one-way traffic with Maties thrashing the Vaal University of Technology 83-19 to cement their spot in the semi-finals. Maties will fancy their chances of a top-two finish with a rematch against Pukke scheduled and their final game ahead of the play-offs against Kovsies on Monday.

At the time of print the match between NWU Pukke and Maties at the neutral NMMU Indoor Centre at the Nelson Mandela Metropolitan University hadn't been played. 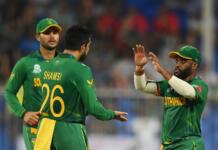 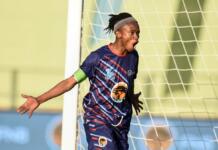 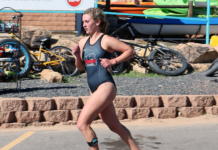 Tips to help you deal with matric result anxiety