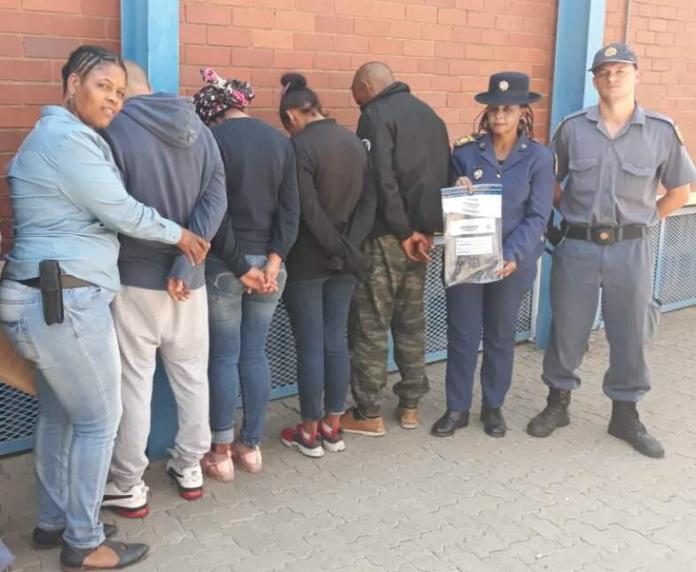 Members of Kimberley Visible Policing arrested four suspects at a residence in Colville, Kimberley, on Monday for carjacking.

It is alleged that the 54-year-old male complainant was approached by two unknown males in Barkly Road. They forced him out of his Polo Vivo at knifepoint and drove off.

Four suspects, the two males aged 32 and 33 respectively, as well as two females aged 26 and 33, were found at the house in Colville where the stolen vehicle was located.

It was also later discovered that the complainant’s firearm, that was in the vehicle at the time of the incident, was also recovered in the veld close to where the vehicle was recovered. The four suspects will soon appear in the Kimberley Magistrate’s Court.