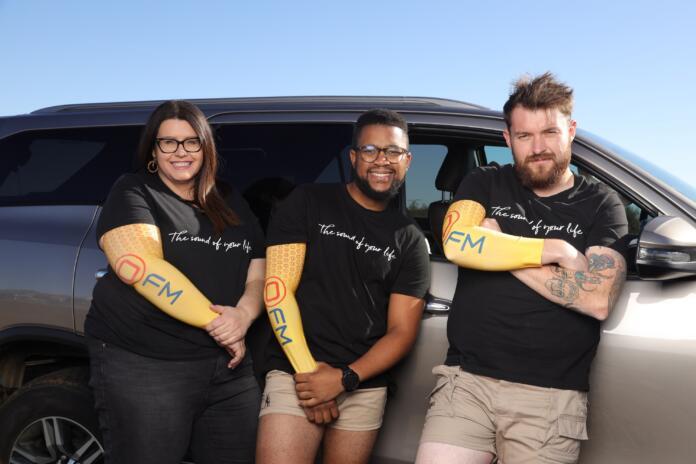 The OFM Good Morning Breakfast show pledges to donate 100% of the proceeds from the #BakkieArm sleeve sales for a good cause.

Listeners were invited to not only share their ‘bakkie arms’ but also advise on how to prevent sunburn. Bakkie Arm refers to a driver’s right arm which is prone to tanning when exposed to sun exposure.

The most popular response was wearing a piece of clothing over the right arm of the driver to block out the sun and in turn prevent the skin from tanning.

For Agri SA’s Director of Rural Safety and Provincial Affairs, Kobus Visser, the farming- and rural community’s safety does not end at the farmer but is a community and a national food security issue.

OFM Programme manager Tim Thabethe said that the campaign is an example of what happens when creativity and philanthropy come together.

“This is how the magic of radio comes alive and demonstrates its role in society to reflect and lead,” he said.

According to the station’s sales manager, Anchen Lintvelt the success of the initiative could not have happened without the contribution from the listeners.

He added that the #BakkieArm does not only protect your arms against the sun but adds colour that can make anyone feel good.

The #BakkieArm sleeve is sold at R100 on OFM’s website.