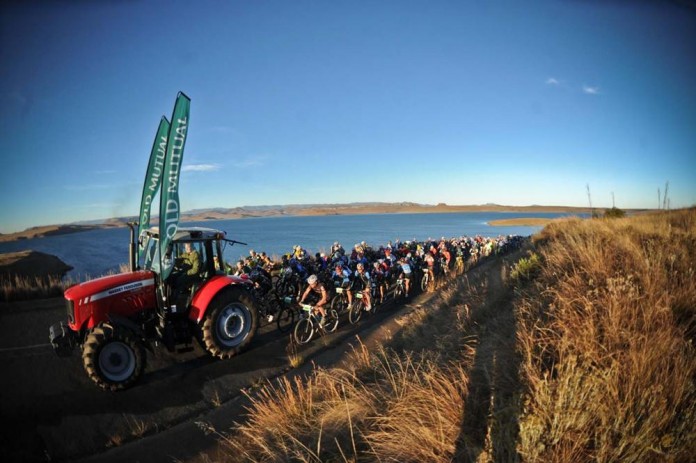 Mountain bikers who are unable to ride the full nine days of the Old Mutual joBerg2c can now experience the event with the shorter three and six-day options in April next year.
According to spokesperson Craig Wapnick, organisers decided to offer the shorter options in order to give more riders the chance to experience the off-road route, which crosses more than 90 private farms and is inaccessible at any other time of year.
“The nine-day event is still the real deal and we’ve had a great response to that,” said Wapnick.
“But these options allow us to share the vibe of the race villages and the incredible route with riders who are either strapped for time or don’t quite have nine days in their legs.”
Wapnick said the three-day event through the Free State offered something completely different, especially for those who were new to mountain biking and looked for a challenging time in the saddle.
“The last six days represent a graduation from three-day racing – it’s a very tough but doable journey.
“Riders can look forward to a massive drop off the escarpment on day one as well as the spectacular descent into the Umkomaas River Valley on the penultimate day.”
He said the route included sections of two well-known races – the FedGroup Berg & Bush Descent and sani2c.
The three-day event starts on April 26 and covers the first three stages of the nine-day race from Heidelberg just south of Johannesburg to Sterkfontein Dam near Harrismith in the Free State.
Now in its second year, the six-dayer rolls out from the dam on day four of the event and finishes at Scottburgh on the KwaZulu-Natal south coast on May 4.
The middle-distance option had given riders a taste for more of the 910km adventure, with many of the teams signing up for the full event in 2013.
“Each of the shorter events will be limited to 50 two-person teams. Participants will ride with the 600-strong main field and receive official times.”
A further alternative would be the team relay option, in which three pairs of riders each complete a third of the full event in a relay format, he said.
“The team relay is also designed to give clubs, companies and friends the chance to experience great mountain biking without needing to jump into the full nine days.”
Enter the Old Mutual joBerg2c before January 31. Go to www.joberg2c.co.za or find the race on www.facebook.com/joberg2c and @joberg2c_journo.