Statistics South Africa published the 2011 statistical release on Mortality and Causes of Death report which presents statistics on the number and causes of death for 2011 by selected characteristics. In total, 505 803 deaths that occurred in 2011 were registered. The downward trend observed since 2007 in the number of deaths occurring in the country per year continues.

The release is based on data collected by the Department of Home Affairs (DHA) through the death registration system. It is estimated that this system covered 94% of adult deaths in the country during 2007–2011. For all these periods, the rate of decrease was much higher for females as opposed to males. Between 2010 and 2011 female deaths decreased by 8,2% while male deaths decreased by 7,5%.

Increasing levels of mortality that was observed before 2007 was prominent among females. The increase in the number of deaths was also associated with increases in deaths due to communicable diseases particularly tuberculosis, influenza and pneumonia and intestinal infectious diseases which have remained in the ten leading causes of death in the country since 1997.

The decrease in the number of deaths observed since 2007 has also been associated with decreases in tuberculosis, influenza and pneumonia and intestinal infectious diseases, more so among females. While these causes remain among the ten leading causes of death in the country, their relative importance in mortality is decreasing over time. However, among the ten leading causes of death due to communicable diseases, the proportion of deaths due to HIV disease continues to increase, although at a very slow pace (from 3,1% in 2009 to 3,4% in 2010).

-The full report is available on the Statistics South Africa website: www.statssa.gov.za 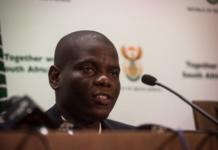