Various medical research reports suggest that at least 70% of the minor skin breaks in diabetes patients can turn into cellulitis.

Bacteria can enter the body through little cuts, cause infection, and what seemed to be a simple cut, can become a major threat to one’s health.

Cellulitis is a bacterial infection that spreads to the entire body and blood stream, effectively becoming fatal.

Dr Brian Mabasa, a general practitioner, explains exactly what cellulitis is and how it often goes unnoticed.

“Cellulitis is a bacterial infection. These organisms get into the skin tissue. Someone may actually not be aware of it when they had a break in the skin. It can be either as a result of an insect bite, like a mosquito or a spider, or they might have had minor injuries, a scratch or even a foreign body piercing.”

Mabasa says it presents itself through redness and inflammation of the skin.

Lorraine Earle, whose father was diagnosed with cellulitis, says that her father struggled with his recovery and his diabetes contributed immensely to his arm subsequently being amputated.

“What complicated(The fire on) everything else was the fact that he had diabetes and it prolongs the process of healing. He was on 4 or 5 treatments of antibiotics,” she said.

It doesn’t usually spread from person to person but one should get medical help right away should symptoms of cellulitis arise.

–  All medication needs to be finished even if the condition improves 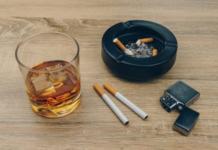 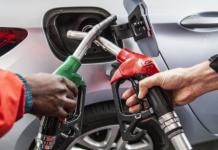