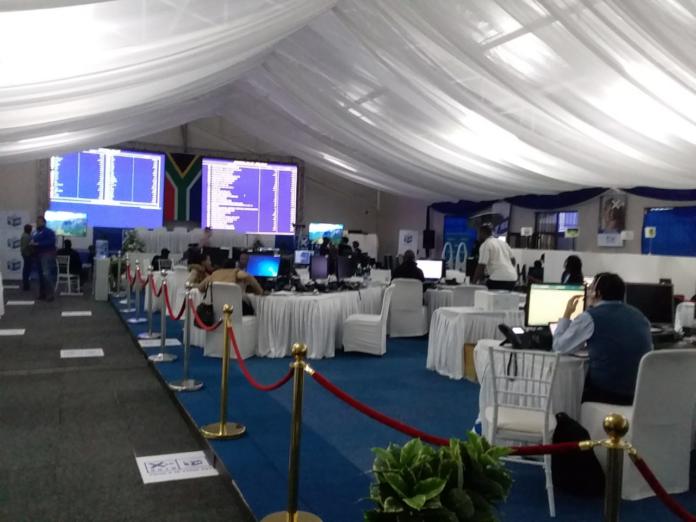 Vote counting at the Free State IEC Results Operation Centre (ROC) in Bloemfontein is currently at about 50%.

This is despite the occurrence of power cuts earlier in the day in Hamilton where the nerve centre of the Free State elections is located.

Out of the 1.4 million residents who registered to vote, about 815 000 took to the polls on election day throughout the province. Out of this number exactly 187 399 voted in the Mangaung region.

According to FS IEC spokesperson, Mmathabo Rasengane, there were 1 529 voting stations in the province. “Counting is continuing rapidly in the Free State with 48.99% of the process completed.”

This as the country looks on in anticipation while the results are trickling in after reports of a lower voter turnout compared to the 2014 national elections.

IEC staff members began counting votes when the polls closed at 21:00 last night. They counted well into the night and continued this morning.

“There are 1 529 voting stations in the province and about 780 of them have been captured while 601 were audited and completed,” Rasengane explained.

The spokesperson said results from the remaining 928 stations were slowly trickling in today. Although Hamilton is an industrial hub it has been experiencing electricity cuts yesterday and today. Power supply has become stable later in the day, which the IEC hopes will ensure a smoother capturing process. – Nomaqhawe Mtebele

The National Museum Bfn and satellites closed until further notice