Two suspects were arrested shortly after a house robbery occurred in Noordhoek yesterday.

The suspects were employed as temporary grounds men at the house of business owner in David Fourie Street in Noordhoek.

It is alleged that the two reported for work as usual and shortly after the house owner had left the house, they allegedly attacked the house assistant, tied him up and took the house keys from him.

They entered the house detached a safe from the wall. The safe reportedly contained cash, a firearm, ammunition, a laptop, a projector, two cell phones and three knives.

The house assistant managed to free himself after the suspects had fled the scene and he called for help.

The tracing team from Navalsig was activated and an intensive manhunt for the suspects ensued.

Within hours the two suspects were arrested at the outskirts of the town at Olive Hill smallholdings.

All stolen goods were recovered from the suspects.

The arrested suspects are aged between 28 and 32 and are expected to appear in Bloemfontein Magistrate’s Court on Wednesday on charges of house robbery. 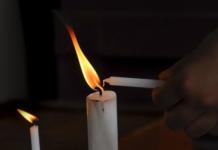