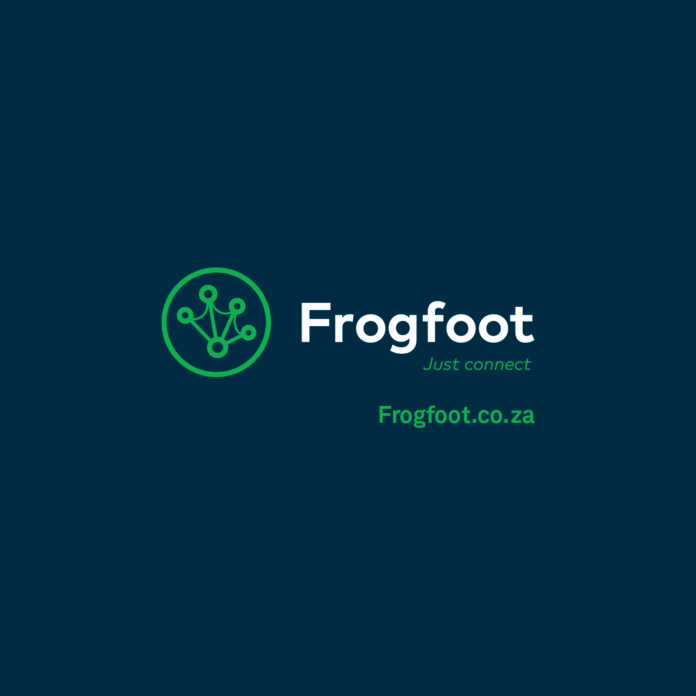 If anything, the national lockdown has shown the importance of having access to reliable, high-speed internet, and it is no different when it comes to the smaller cities and towns that lie beyond South Africa’s major urban centres.

This is backed by the demand that Frogfoot Networks, a licensed open-access fibre network provider, has noticed when rolling out its infrastructure in Bloemfontein. “As a small city in the middle of the country, Bloemfontein is often easily overlooked in terms of its connectivity and bandwidth requirements.

However, our strategy has been to bring fibre to areas which have previously been underserviced. We recognised their need for fibre, and saw it as an opportunity to expand our footprint,” says Llewelyn Hofmeyr, Chief Operations Officer at Frogfoot, who happens to have grown up in Bloem himself.

Frogfoot began its build in Langenhoven Park in April 2018, with the first zones going live in early September of the same year. Bloemfontein’s appetite for high-speed fibre was evident in the uptake, with over half of the homes passed opting to get connected. To date over 460km of fibre has been laid, with the network passing (having the potential to connect) over 21 000 homes, including those located inside precincts and complexes. “As we progressed with our expansion through the city, we found an increased interest in fibre.

Our biggest growth was seen in March and April this year with the national lockdown resulting in an influx of orders as more people started working from home,” says Hofmeyr. A better user experience Fibre provides the community with a cost effective and reliable connection to the Internet, providing superfast download speeds for quicker web browsing and seamless on-demand video streaming.

Lower latency makes it better for online gaming. And more recently, it has enabled people to work and learn from home, whether through video conferencing or specialised applications. Businesses for their part can use fibre to increase transactions, host more meetings and webinars online and use more software.

A growing number of companies are also using cloud-based services, which means that they don’t have to spend on their own IT infrastructure. Fibre beyond the big cities Frogfoot has rolled out its fibre network in most of Bloemfontein’s major suburbs, with plans to expand coverage to adjacent areas, as well as potentially any of the new residential developments that are planned or already underway in the city.

And, it’s not just Bloemfontein, Frogfoot’s strategic focus has been to bring fibre to secondary towns across South Africa, including the likes of East London, Ermelo, George, Kimberley, Mossel Bay, Pietermaritzburg, Polokwane, Richards Bay, and more.

Good news is that the Frogfoot Double Up promotion, which was launched in April, whereby existing and new customers get double the speed for free*, has been extended until further notice to keep SA connected during lockdown. Customers can sign up on the Frogfoot website to get connected: www.frogfoot.co.za *Terms and conditions apply