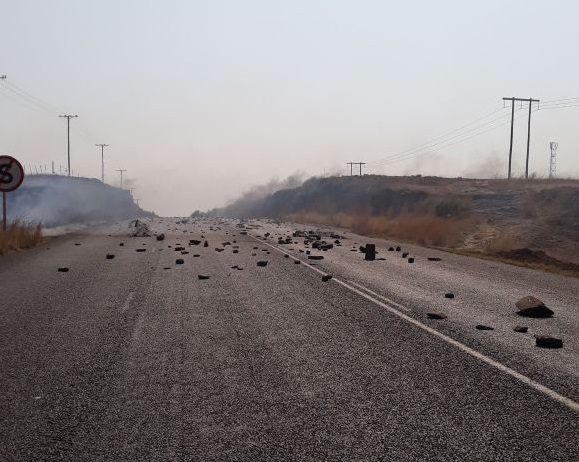 Disgruntled community members in Heilbron in the Free State are up in arms, currently burning a municipal building and looting the Usave supermarket across the street from the municipality.

Earlier community members barricaded roads with stones, closing down the R57. No-one, however, has been arrested following the incident.

Police spokesperson, Lorraine Earle, tells OFM News that residents started with the protest action yesterday but it only gained momentum again this morning.

The Public Order Police were there to defuse the situation.

Earle says according to information, it is alleged that residents are protesting against the corruption at the Ngwathe Local Municipality.

The municipal spokesperson, Steve Naale, has committed to respond.

“The protestors are busy barricading and blocking the roads, and throwing stones. The police, however, dispersed them this morning but the protests now flared up again and people should avoid the R57 at this stage,” says Earle.