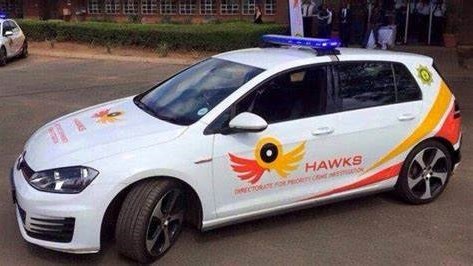 The Free State Hawks continue to crack the whip as they arrested another suspect on allegations of fraud.

The spokesperson of the Hawks in the Free State, Christopher Singo, tells OFM News that the 41-year-old suspect, who was arrested on Tuesday, will be joining his co-accused, Liabeng Hoffman, as well as Siza Mokwena, who were arrested in September last year. He is expected to appear before the Bloemfontein Magistrate’s Court on Wednesday.

According to Singo, the suspect’s arrest was initiated following an incident that took place during January 2021, when one of the accused, who allegedly introduced himself as Mosia, approached the victim and promised to organise her a Department of Health tender contract. He says the accused allegedly demanded 10% of the amount that was expected to be allocated to the tender.

Singo says the total value of the tender was estimated at R720 000 and the accused allegedly demanded R72 000, which the victim paid. He further alleges that during further contract discussions, other suspects arrived and pretended to be police officers who then accused the victim of committing corruption.

Singo says the suspects demanded bribe money from the victim so that they cannot arrest her. He says that the victim paid them R650 000 and as a result of the misrepresentation, the victim suffered a loss of R722 000. He further adds that the matter was reported to the Hawks and this culminated in the arrest of the suspects.