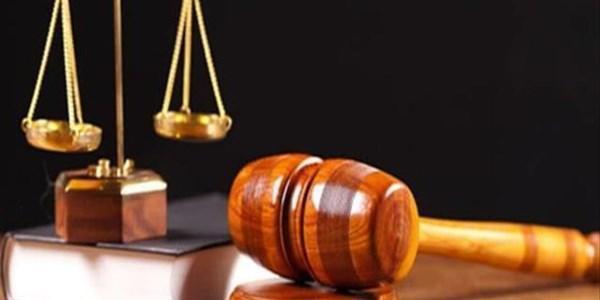 OFM News reports, Sharma and four others were arrested in Gauteng, Mpumalanga and the Free State last week regarding a near R 25 million feasibility study carried out on the Vrede dairy project in 2011 under the Mohoma Mobung initiative.

The continuation of court proceedings come after Magistrate Estelle de Lange acquiesced to the state’s request for proceedings to stand down on Monday afternoon to enable the prosecution to verify key details outlined in the businessman’s affidavit.

State prosecutor, Peter Serunye, revealed during the proceedings on Monday (7 June) that Sharma’s legal team only forwarded what the state describes as a voluminous affidavit and accompanying attachments at the eleventh hour not providing enough time for them to verify key details such as the accused’s offshore accounts.

The former Transnet board member’s legal counsel, advocate Stephanus Johannes Coetzee argued that the conditions under which his client’s affidavit was taken down at the Bainsvlei police station outside Bloemfontein were less than ideal, delaying the forwarding of the legal document to the National Prosecuting Authority (NPA).

Furthermore Sharma only received his cell phone on Monday morning, discovering an offshore account which he subsequently declared to authorities. Media houses have seen a glimpse of the contentious affidavit and in it he maintains he will a) not flee the country should he be granted bail seeing as he was already implicated in alleged state capture during the Zondo Commission and did not do flee then b) he denies being affiliated with the Gupta brothers and in fact has not engaged them in over six years.

Meanwhile the businessman’s co-accused, former head of the Free State Agriculture Department,  Peter Thabethe was granted R 10 000 bail on Monday. This was despite the state’s persistent request for denial of bail on account that it will erode the public’s faith in the South African justice system. Magistrate De Lange said in her decision that the state’s view that granting bail will erode the public’s confidence in the justice system is ruled by public perception and South African courts do not function based on public perception.

She further noted that Thabethe is currently facing similar charges – fraud, money laundering – in the Bloemfontein High Court pertaining to contracts irregularly awarded to Superior Quality Trading a.k.a Rekgonne Community Projects and has not evaded arrest or attempted to interfere with witnesses. A further indication as to why he should be released out on bail.

The men’s co-accused, Limakatso Moorosi and Seipati Dlamini, were granted R10 000 bail each on Thursday (3 June).

The feasibility study central to the case was granted to Nulane Investments to determine the feasibility of the Vrede Dairy Project under the “Mohoma Mobung” initiative.

Nulane investments is owned by accused number 4 in the matter – Sharma. The fifth suspect, Sharma’s brother-in-law, Dinesh Patel is a representative of Nulane Investments. The latter suspect will formally appear in court on 15 June due to health reasons.

It’s alleged Nulane roped in Deloitte to conduct the feasibility study for the Free State Agriculture department, which they did for only R 1,5 million. Nulane then subcontracted the work already carried out by Deloitte to Gateway Limited and paid them R 19 million.

The state alleges the funds were laundered into varied accounts thereafter including that of Islandsite Investments owned by the Gupta family. Nulane’s contribution to the study was in suggesting Paras Dairy as a suitable partner for the project. Paras would go on to enter into a memorandum of understanding with Estina to manage the dairy project in Vrede.

The most capable Ford Ranger has been announced