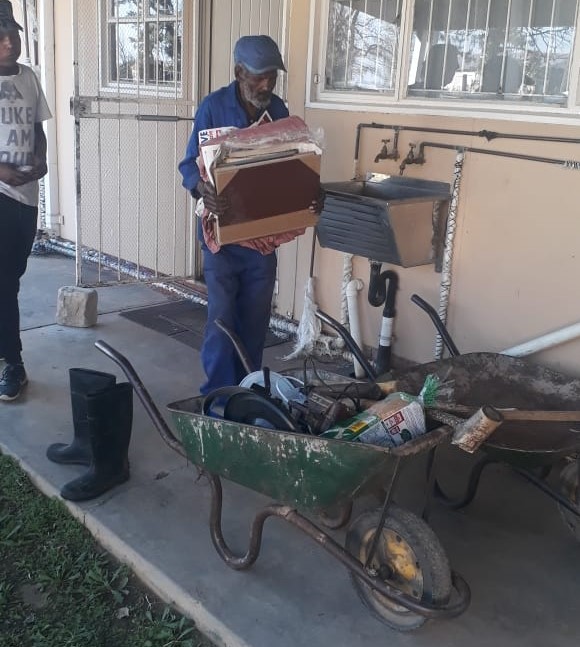 Griqua community leader and long-time caretaker of Bethany Farm, Captain Johannes “Doenkie” Kraalshoek, has been evicted from his home on the land this morning.

According to the Chairperson of the Free State Griqua Council, Frans Kraalshoek (the captain’s son), the eviction of the Griqua community started yesterday when members were pushed off the farm, which is also the location of a national heritage site.

Kraalshoek Jr explained that there has been a longstanding dispute between the Griqua community and the Evangelical Lutheran Church who occupied more than half of the land. This resulted in the church selling the land to private owners.

“The Griqua captain has been removed from his land for the third time this morning after he lived on the farm for the past 24 years. Bethany has been his home  since 1998 when the land was transferred to the community after a successful land claim by the Griqua captain.”

According to Kraalshoek Jr members of the Griqua community have been essentially smoked out over the last six years.

“The church used eviction strategies since 2013 before they sold the land. They recently cut off the electricity to ten houses of the labourers who worked for the church for more than 30 years. Some of them passed on and their wives and children remained on the farm,” said Kraalshoek.

Kraalshoek Jr says since the eviction the 86-year-old captain has moved to a different part of the farm where he is without water and sanitation.

A visibly upset Captain Kraalshoek told Bloemfontein Courant that he will take the matter up with the relevant government departments. “I am very upset by this situation because I do not understand how the farm was sold without my knowledge. I am supposed to have the first option to buy the farm,” said Captain Kraalshoek.

Bloemfontein Courant attempted to get a comment from the Dean of the Evangelical Lutheran Church, but was unsuccessful by the time of publishing. – Nomaqhawe Mtebele
nomaqhawe@mahareng.co.za