Hoërskool Menlopark of Pretoria was crowned the 2015 Coca-Cola Schools T20 Challenge champions over the weekend after three gruelling days of cricket in Stellenbosch.

On day one, Grey was the only unbeaten them after beating Hilton by 116 runs and Paarl Boys’ High (Cape Cobras) by 12 runs.

In both matches the side from Bloemfontein batted first and Wihan Victor smashed 114 runs against the side from the KwaZulu-Natal midlands as they posted 195/3. Philip Visser was Grey’s best bowler taking 4/13. It is important to know that it was Hilton’s first loss this season in any format of the game.

Against Boishaai, it was a lot tougher and Grey managed just 150/5 with the willow, with Raynaard van Tonder scoring 55. The side from Paarl managed to score 138 for 7 thanks to a quick 56 from Tiaan du Plessis, while Charl Swanepoel took 3 for 24 for Grey.
The second day’s play on Saturday was cold and blustery and characterised by low-scoring matches.

The Lions representative, Potchefstroom Volkskool, caused the biggest upset of the tournament when the team beat the high-flying Grey by 4 runs.

The side from Potchefstroom scored 130/5 in the allotted 20 overs and then proceeded to restrict Grey to 126/6. In the afternoon game, the boys from Bloemfontein returned to winning ways with a 16-run win over St Andrew’s College (Grahamstown).

This set the scene for an exciting final day fixture between the Knights’ boys and the eventual champions, Menlopark.

Grey restricted the side from Pretoria to 114/6 in 20 overs with Barend de Klerk taking two wickets for 28. Jandre Erasmus (30), Willem Britz (24) and player of the tournament, Dean Foxcroft (24), were instrumental in posting the score just out of reach of Grey.

Wihan Victor and Raynard van Tonder were once again among the runs for Grey with 29 and 28 respectively, while Neil Durrow also notched up 28 runs. All-round performance by Britz, with two wickets for 26, restricted the Knights’ representatives to 108/5 and secured a spot in the final against Hilton. 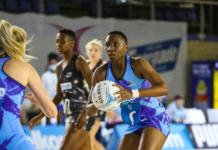 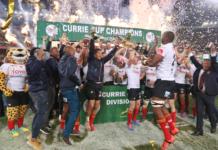 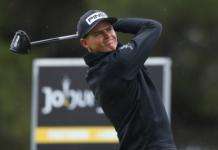