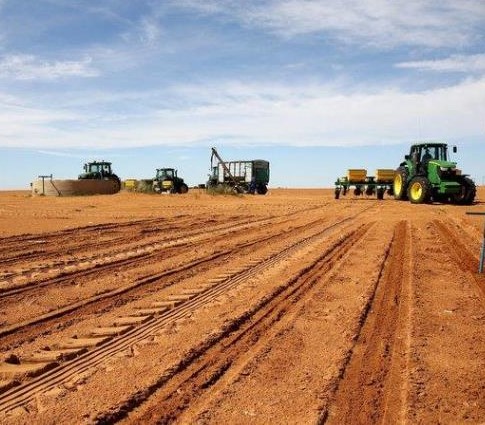 Grain SA chief executive officer (CEO) Jannie de Villiers told the Joint Constitutional Review Committee on Tuesday that rather than amend the constitution to allow for land expropriation without compensation, the government should focus on land reform.

De Villiers, however, said the most serious impediment to land reform in the country at the moment is that black farmers cannot move into commercial status because they cannot access finances.

De Villiers was making oral presentations in parliament on the possible amendment of Section 25 of the constitution to allow for land expropriation without compensation.

Grain SA, a voluntary and non-profit organisation for grain farmers, is of the view that currently the constitution sufficiently enables the government to implement just and equitable land reform in a sustainable manner, while growing the country’s economy and ensuring food security is maintained, de Villiers said.

However, financing black farmers, de Villiers said, is the biggest issue the country has to grapple with in order to ensure that land reform is effective.

De Villiers said according to the current regulatory framework and South Africa’s financial system, if black farmers do not own the land then they cannot obtain a loan from various financial institutions including the land bank, the Industrial Development Corporation and commercial banks.

The organisation’s CEO said he is of the view that access to finances is most likely what black farmers complain about the most.

De Villiers said of the estimated 10 000 black farmers registered with the organisation, only 30% of the land that they farm was planted last season.

He said that this was due to a lack of finances.

A member of the committee asked de Villiers why the constitution should not be amended to ensure more people have access to land, to which he responded by saying transformation within the farming is key, however, a failure to issue out title deeds would result in a situation where less land will be used for agricultural production due to a lack of finances.

“My contention is this: we need to get land reform going… but I don’t think we need to change the constitution to get that done,” de Villiers.

Grain SA’s CEO said government leases, too, would not offer a solution because these cannot be used for collateral at financial institutions.

Solutions proposed by the organisation include giving black farmers title deeds so they can have collateral they can use to access finances.

“It is very sad for me to sit year after year talking to these black farmers and saying ‘we are going to try and help you get finance’ and every year we go to the bank and every year they say we can’t do it because there’s no collateral and we need to sort that out,” de Villiers said.

A second solution suggested by Grain SA is giving title deeds to individuals in urban areas as a way of addressing land hunger.

“We have asked Treasury about this guarantee and they said all the guarantees are currently with Eskom and SAA (South African Airways).”

“I think somehow we need to sort that out as a country. We can’t give all the guarantees to Eskom and SAA and tell the farmers we can’t help,” de Villiers said.