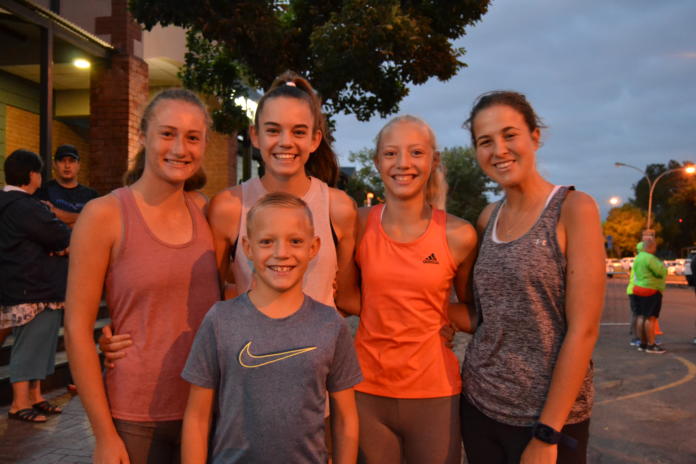 The Bloemfontein running community came out in their numbers this morning to honour the late Rufus Botha by taking part in an informal remembrance run.

At the event, runners were given the opportunity to say their last goodbyes to Botha by addressing the crowd with memories that they will treasure. Many vowed to keep running for Rufus. One of the participants, Barry Williams, told Bloemfontein Courant that Botha played such an important role in everyone’s lives.

“He was a father, mentor, friend and everything to the people. Judged by the number of people here this morning, it is evident that he had a great impact on many lives in the city.”

Williams explained that every athlete’s accomplishments were important to Botha and that his death has definitely left a void in athletics in the Free State and in the world. “We are definitely going to miss him.”

Thuli Morolong from Mangaung Athletics said the main purpose of the morning was to honour the memory of ‘Nate Ruf’ as he was active in their sports. “I would just like to send my condolences to his family. We are sad with them.”

The morning saw even some of the city’s younger athletes come out to pay their last respects to the coach, announcer and journalist. Hesre Botha said that Botha always managed to make each and every athlete feel like they are his favourite. Another young athlete, Cara Smith, said that they are definitely going to miss him, because he always used to encourage them to give nothing but their best in everything they do. “He was like a father to us.”

Botha will be laid to rest later today, with his memorial service taking place at 10:00 at the St. Michaels’ School Chapel. Runners were urged to wear their running to shoes to the ceremony. Botha will be cremated during a private ceremony later today.