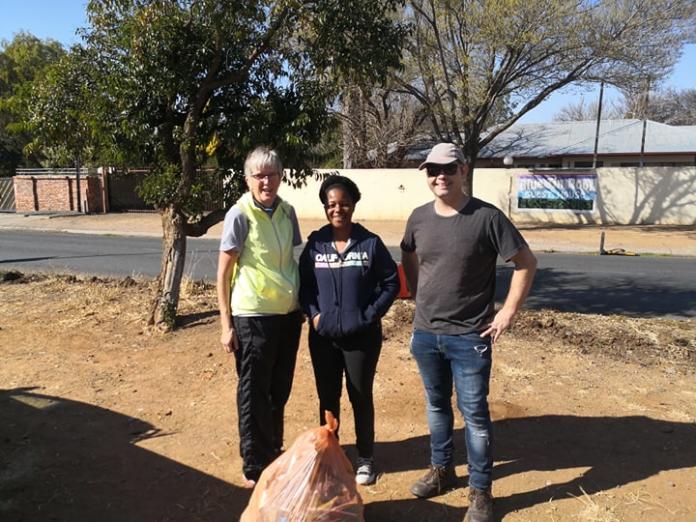 Residents of Bloemfontein have taken matters into their own hands on 24 August as they have started cleaning areas in Universitas, Universitas Ridge and Park West because of the poor service delivery of the municipality.

The residents picked up sand from the street in Paul Kruger Avenue.

According to a statement from DA Ward Councillor, Tjaart van der Wald, they have also tried to clean up an old fountain. They have noticed that there is constant vandalism and it was unfortunate that their attempt to clean the fountain was in vain.

Another resident was busy with preparations for planned improvements on the circle in President Paul Kruger Avenue. A number of residents from Steyn Street, Universitas were busy cleaning up an illegal dumping spot. A group of Students were assisting

to clean up Bell Street and its intersection, as well Pres Paul Kruger Avenue.

There are still a number of places that still need to be cleaned and a handful of parks where residents have started keeping clean and improving.