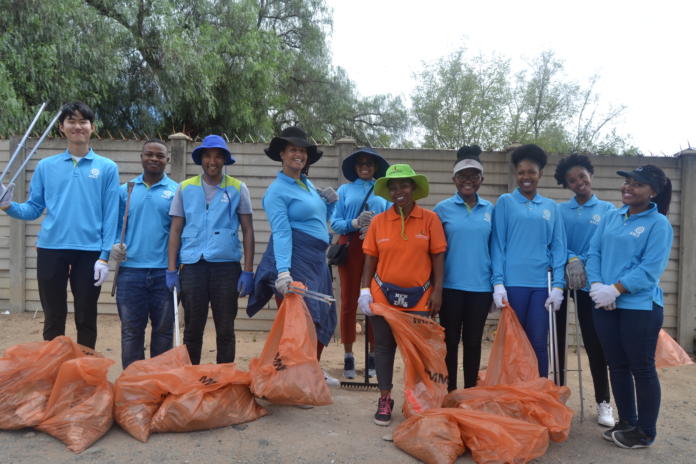 This morning the international volunteer group, ASEZ, (Save the earth from A to Z) took to the streets in Universitas in Bloemfontein to kick off their cleaning campaign.

The spokesperson of the group, Maphoto Mphasha, told Bloemfontein Courant that the ASEZ group engages in these types of campaigns regularly and that they decided to tackle Paul Kruger Street, as this is the main street in the student dominated area and collects quite a lot of litter. Mphasha explained that they dispersed two teams this morning, with eight members, each across the area and that they are hoping to promote a sustainable environment.

“This group falls under a church the youngsters involved in the campaign believe that they have a moral obligation to come and display the works of God,” says Mphasha.

He says that one of the group’s main aims is to show the community that it starts with one person to make a difference.