The Internet Broadcast Project (IBP) has brought yet another international award to the University of the Free State (UFS).

The project, which broadcasts more than 10 school subjects to more than 50 000 grade 8 to 12 learners across the province, has won second place in the 2015 Commonwealth Education Good Practice Awards. The awards were held last month in the Bahamas.

IBP expressed immense joy for the accomplishment as their project was chosen from 89 entrees by 20 countries.

She says the aim of the project is to provide quality education to all Free State learners, especially those from underprivileged backgrounds.

She added that teachers from across the province facilitate free lessons on more than 10 school subjects to more than 70 centres across 42 towns in the province.

The subjects include Accounting, Physical Science, Life Science, and Mathematics/Mathematical Literacy, to name a few.

“Although we broadcast live, each school decides when and how they will watch the videos. This varies on different subjects that schools offer. The videos can also be accessed even after the live broadcast,” she said.

Meanwhile, in April this year, the project also won student scholarships to the value of more than R25 thousand.

According to Musgrave, the money will be used to pay tertiary registration fees for some of the students next year. The project also walked away with another award for innovation in pedagogy (education) last year, while in 2013 it had won one for rapid deployment.

The project is collaborative efforts by the university and the provincial education department. The lessons are open for any grade 8 to 12 learner in the province. Interested people may contact the office at 051-505-1297. They will be directed to a nearby school. 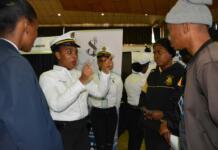 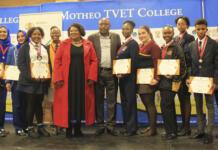