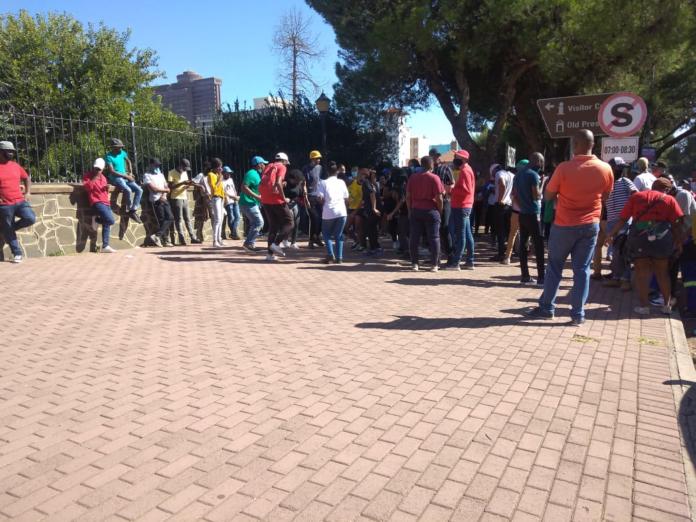 Universities and TVET colleges in Bloemfontein are hoping for feasible turnaround strategies to deal with financial exclusion and registration difficulties faced by students amidst the current protests. This week, hundreds of students from two the main universities and the Motheo TVET College in Bloemfontein, among others, joined the picket line in protest against the said issues raised by various student bodies in these higher leaner institutions.

Whilst matters besieging students vary in some instances, issues of financial exclusion seem to be a conundrum for the University of the Free State (UFS) and Central University of Technology (CUT) in general. This as the universities want students with historical debts to at least drastically reduce these debts before they can be allowed to register with respective varsities.

However, following the extensive engagement with student bodies, including the Students Representative Council (SRC), the UFS has since suspended all academic activities and opened up its two campuses for senior undergraduates and first-year students unable to register online to do so at their campuses in Bloemfontein and Qwaqwa.

The university spokesperson, Lacea Loader, in a statement released to students only on Tuesday night, informed them that students would be afforded the opportunity to do so from Wednesday until Friday 19 March, whilst academic activities remain suspended on all UFS campuses from 17 to 22 March 2021.

“The university will compile a list of students who have outstanding debt and who are still awaiting funding confirmation from NSFAS.” The university will also lay out the funds for food allowances in the meantime. Meanwhile, the CUT spokesperson, Seithati Semenokane, said all NSFAS-approved and provisionally approved students are not expected to pay enrolment or registration fees in advance. She said CUT will ensure that self-funded students who meet the requirement of the missing middle are also allowed to register. “The university will also assist them to cover the portion of the fee increase, which effectively means a 0% fee increase for these students.”

Whilst these issues continue to play out in the streets and campuses during protests by students, the minister of Higher Education and Training, Blade Nzimande, and Tito Mboweni for the National Treasury have been urged to speedily resolve the issue and come up with more funding for students. Meanwhile 25 UFS students have been released after being arrested for public violence among other charges.