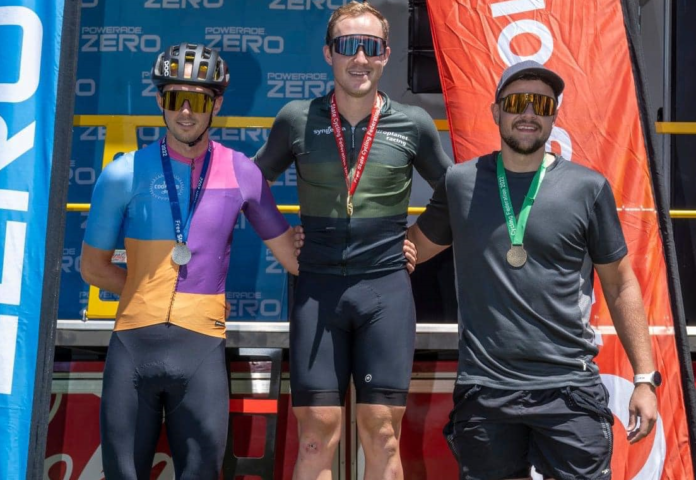 The 2022 Free State Cycling Federation Road Race Championships, hosted by Shell V-Power Pitstop Bloemfontein, took place on Sunday to round off a busy and productive sporting weekend in the City of Roses.

The 100km Elite men’s race was won by Charl Coetzee in a time of 2:30:52, while Pieter Korkie claimed the silver medal, with Brendan Nel taking the bronze.

The under-23 100km was won by Gideon Geldenhuys in 2:30:54, with Gerhard Alberts finishing as the runner-up, and Neo Sethunya claiming third place.

The 30-39 men’s race was won by Nico Fourie in 2:30:52, with Kobus Fourie taking second, and Gerrit Moelich rounded off the podium.

The 40-39 men’s category over the 100km distance was won by Jaco Storm in 2:30:53. Marius Wessels rode in second, and Freddy Mitchley took the bronze.

Danica Botes won the Elite race for women in 2:53:12, while Elizma Kock took the silver, and Marisca Steyn won the bronze.

Chanté Olivier won the under-23 for women in 2:30:58. Karabelo Sethunza was second to finish the 100km route.

The women’s 50-64 category was won by Lynette Fisher, with Angelique Smith in second, and Aletta Smith took the bronze.

In the 75km event, Jean-Jacques Holtzhausen took the honours in the junior men’s category in 2:01:08. The 50-64 men’s category was won by Johann Griessel in 2:01:09, with Francois du Toit riding in second, and Renier de Beer taking the bronze.

Dian Jacobs won the boys under-11 10km race, with Herman Oelschig in second, and Aiden Nel taking third. Zoe Nel won the girls under-11 race, while Jana Swanepoel won the under-13 for girls.

The boys’ under-13 25km race was won by Joshua Mostert, with Lehan Oosthuizen in second, and Kyle Fritz taking third. Carli Bouwer won the girls’ under-15 race over the distance.

In the boy’s under-17 50km race, Jean-Jacques Koekemoer took the honours with André van Rooyen in second and Aidan Claassen finishing third.

The next major cycling event in Bloemfontein will take place on 5 March at Happy Valley with the second Free State Cycling Federation XCO Provincial.

This is the same course that will be hosting the SA XCO Championship in July 2022. – MORGAN PIEK