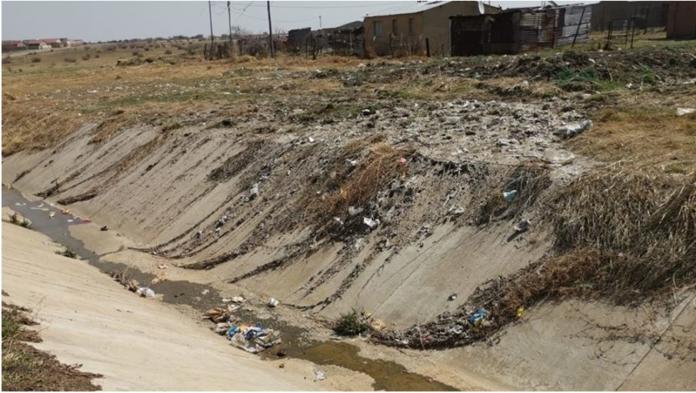 Residents of Maokeng in Kroonstad have lamented the state of water and sanitation infrastructure in the area, ahead of deputy president David Mabuza’s visit to the area.

He will be accompanied by the Minister of Water and Sanitation, Senzo Mchunu.

The residents have labelled Mabuza and Mchunu’s visit to the area as nothing more than electioneering.  Speaking to OFM News, concerned resident, including the chairperson of the Moqhaka Community Forum (MCF), Morena Thebe, say the timing of the visit by officials, including premier Sisi Ntombela, is questionable.

Thebe says for years residents have devoted their time pleading with officials to address these lingering issues which have been troubling them for over 15 years.

Thebe says these spillages have been running in the streets for years. He says whenever the country approaches an election period, government officials pretend to have an interest in their issues such as water and sanitation.

OFM News can confirm that several sewage spillages were observed in Maokeng.

Another resident, Mohapi Lekekela, has echoed Thebe’s sentiments. He says the provincial government has failed for years to address these issues. They say service delivery is non-existent in many parts of the area and residents have been suffering under the status quo.

OFM News reported on Thursday that the departmental spokesperson, Sputnik Ratau, said the visit is aimed at addressing the structural and systematic challenges in the water value chain, resulting in raw sewage flowing into streams, rivers, and dams.

“Mabuza, in his capacity as Chairperson of the Inter-Ministerial Committee (IMC) on Water and Sanitation, will visit the Northern Cape and Free State Provinces on Friday 10 September 2021, to assess the extent of pollution in the Vaal River Systems and water and sanitation-related issues in both provinces.

The Inter-Ministerial Committee was appointed by President Cyril Ramaphosa as an institutional coordinating platform that brings together key players within government to provide leadership and technical assistance towards the resolution of challenges in the provision of water and sanitation in the country,” Ratau adds. Mabuza and Mchunu will also inspect the Kroonstad Waste Water Treatment Works.