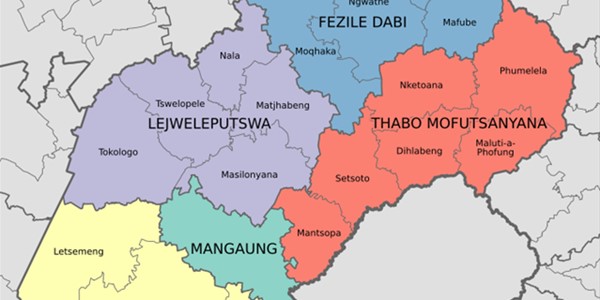 The Matjhabeng Municipality recently responded to allegations pertaining to the derelict sewerage crisis in Odendaalsrus, in the Free State.

OFM News reports that according to municipal spokesperson, Kgojane Matutle, the municipality is unaware of the criminal charges allegedly laid against them by the opposition party.

“The sewage crisis in Matjhabeng has been exacerbated by vandalism and sabotage to sewerage plants and networks.

“To date, several foreign nationals have been arrested and prosecuted for blocking sewerage lines with stones and sand backs in a bid to use urine to wash gold dust. Theft and vandalism of cables and sewerage systems have also been recorded while zama-zamas are heavily armed with AK-47 rifles.

“Several security officers have been killed in the process while others were wounded and robbed.”

OFM News previously reported that the opposition party, the DA, alleged they laid criminal charges against the municipality along with municipal manager, Ms Zingisa Tindleni, due to disintegrating infrastructure which were among the aforementioned issues.

“The millions of rands spent by the municipality recently to refurbish sewerage plants and networks were fruitless following further vandalism and theft,” said Matutle.

Furthermore, the municipality has continually written to the government on a provincial and national level seeking assistance to remedy this burdening issue, he adds.

DA spokesperson Igor Scheurkogel told OFM News that members of the Odendaalsrus community are forced to deal with their yards and streets being completely submerged in sewage. He adds that this is a huge injustice to the citizens’ human rights.

Matutle ends by saying that the Executive Mayor, Nkosinjani Speelman, has written several letters to President Cyril Ramaphosa, Minister Nkosazana Zuma, Minister Bheki Cele, Minister Lindiwe Sisulu and Premier Sisi Ntombela asking for intervention as the matter has now reached disastrous levels, however, the municipality is restricted by the matters at hand.