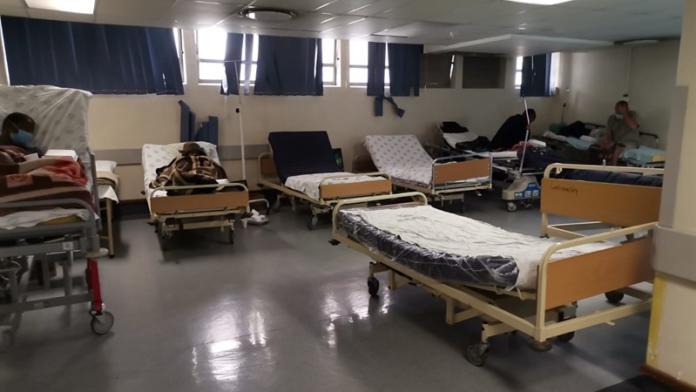 The Pelonomi Hospital in the Free State is under scrutiny yet again, following the shortage of operating theatres, resulting in postponed operations.

Pictures of patients who were sleeping on hospital floors and in chairs were seen trending on social media platforms earlier this week. OFM News spoke to some of the patients at the hospital’s orthopaedic ward, who revealed their frustration with not being able to see a medical doctor since their admission days ago.

Meanwhile, the Free State Health spokesperson, Mondli Mvambi, tells OFM News that the Pelonomi Hospital has been overcrowded by injured patients since alert level 1 and the easing of Covid-19 restrictions.

However, Mvambi says the Pelonomi Hospital’s medical staff has been working around the clock to ensure that all patients receive medical attention.

“We are constantly looking at the patient to nurse ratio in the context of the Pelenomi Hospital, a hospital that receives people from all over the province, and even neighbouring provinces. We had to move people around and make sure that the areas [with less demand] support the orthopaedic area, which is now heavily stretched,” he adds.

In 2018, OFM News reported that five theatres at Pelonomi were stretched to the limit, and of those five, one was dedicated solely for the use by the maternity section. The Head of Nursing at the Hospital, Martha Molefe, at the time reported that the hospital delivers 350 babies on a monthly basis. Mvambi says that the health sector is committed to live up to the provision of good, quality healthcare services to all patients.