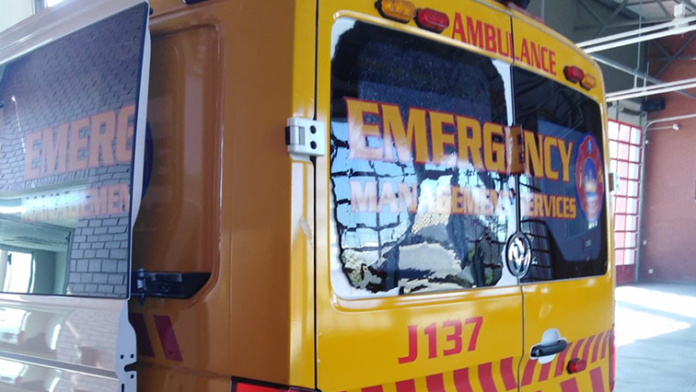 The Free State Department of Health is engaging Matjhabeng Local Municipality on the possible use of the municipality’s non-functional fire station in Ventersburg.

This as media reports surfaced this week regarding instances of vandalism at the facility, which was completed in 2015 and has remained unused since.

The Health Department spokesperson, Mondli Mvambi says the department is looking into having Emergency Medical Services (EMS) utilise the facility located in Mmamahabane township “as it potentially will increase the EMS response time to accidents on the N1”. Mvambi says the Department will announce the outcome of their engagement with the municipality “once talks between the two institutions have been concluded”.

On July 22, Matjhabeng spokesperson Kgojane Matutle told OFM News the station will be reopened once renovations are completed. He adds that police have over the years managed to apprehend and successfully prosecute several suspects for theft of cables and other materials at the station and all stakeholders are working together to curb further vandalism. Matutle made no mention of engagements with the Department of Health on the matter.

OFM News’ investigation into the station dates back to early July following murmurs that a fire station had been built with the support of the South African National Roads Agency (Sanral) in the area, but had never been utilised.

On July 11, Sanral Eastern region Project Manager, Nomsa Modise, told OFM News in a written response they had not made any contributions to a fire station in Matjhabeng. She confirmed the fire station, in fact, belonged to the municipality and all queries needed to be forward to the Free State municipality.

The Matjhabeng Fire Department’s Warriors Club has also been exposed to a similar fate as the Ventersburg Fire Station. Matjhabeng Fire Chief, Freddy Khuze, previously told OFM News the building has been standing vacant since 2013 and was earmarked to be used as a training facility. This has, however, not happened and as a result, the building has been vandalised with people stealing corrugated iron sheets and other material at the facility.