The Free State Provincial Government, led by the Premier of the Free State, Honourable E.S Magashule, is taking stringent measures to preserve and protect the integrity of its water resources.

The municipalities affected the most, in no particular order, are:

On September 3, 2015, the Premier of the Free State officially declared the Province as drought stricken. At that time, the Premier called upon all Free Staters to take the responsibility to conserve and save water.

During the Premier’s Coordinating Forum (PCF) – which comprises of Provincial Government Departments, State Entities and Municipalities – held on Thursday, November 12, 2015, the Premier urged all stakeholders to respond to the challenges presented by water insecurity. “The water scarcity requires all stakeholders to share and act on information that will result in drought mitigation measures being implemented”, said the Premier at the time.

In partnership with the National Department of Water and Sanitation, the Provincial Government is currently working with Municipalities, farmers, health facilities, educational institutions and industries regarding water conservation with the aim of averting a water unavailability crisis.

The Provincial Government is implementing short, medium and long term measures to address and mitigate the potential impact of this drought. These measures include, but are not limited to:

On Friday, November 13, 2015, the MEC for Police, Roads and Transport Butana Komphela – who is the Chairperson of the Provincial Joint Operations Centre (PROVJOC), announced that should the water saving measures and restrictions not be collectively implemented, a total water system shut down across the Province will be applied between 21h00 to 05h00 daily.

Currently, the Province has less than 30 days of water supply remaining in the reserves and the misuse of water and failure to adhere to restrictions will exacerbate the situation.

The Fika-Patso Dam, situated in QwaQwa, supplies about 80% of the population in the Thabo Mofutsanyana District and is currently running dry which points to the severity of the situation.

However, the plans to deal with water shortages as stipulated above are in place to avert a water crisis in all drought affected areas but the support of the collective Free State populace in adhering to restrictions is paramount.

While the Provincial Government is implementing various drought mitigation measures, there are extra-ordinary measures that must be taken by various role players such as business people and farmers.

“We are aware of the fact that most farmers are selling their livestock to reduce the impact of deteriorating grazing camps in order to feed the surviving animals, hence the recent programme of giving feed to affected farmers”, says the Premier

The media space has paid much attention on the functionality of hospitals and other health facilities during this time of drought. Reality is that they too, will be affected by the shortage of water which will limit services.

The Free State Provincial Government however assures all citizens of the Province that there are measures to ensure that there are sufficient water reserves at these facilities to cater for all critical activities.

The Provincial Government is currently ensuring that all requirements are adhered to with respect to the establishment of circumcision schools during this summer period.

All circumcision schools must be registered with the Local Municipalities and follow all protocols as laid down by Department of COGTA and the Department of Health in order to be certified as legal, and most importantly they must demonstrate that they will be able to supply initiates with the required water threshold of 25 litres per person, per day. If this threshold cannot be guaranteed, the circumcision schools are advised not to operate.

The following water tips will save us water

Group plants according to their water needs and place mulch around them.

The Provincial Government, through the PROVJOC on drought, has fervently indicated that there will be a strict monitoring on usage of water.

The South African Police Service (SAPS) will undertake patrols and surveys to ensure water restriction measures are adhered to “We all need to work together during this time by voluntarily rationing water consumption and respecting restrictions which are for the benefit of the people”, says the Premier.

“Government calls on all to make lifestyle changes to reduce water consumption and more significantly, households and businesses are encouraged to implement water-wise measures which include the reuse of water”, adds the Premier.

The Free State Government warns all citizens that should the water restrictions not be adhered to, the situation will worsen.

“Saving Water is everybody’s responsibility.  All of us must play our part by adhering to the measures that are put in place to save water. As the schools are closing, it is the collective responsibility of all parents to ensure that children are monitored, so as not to misuse the scarce water resources”, concludes the Premier. 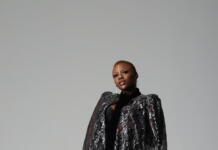