SALGA says characteristics of the province’s economy are stagnant and there is a high rising unemployment rate. These are some of the issues that mayors, councilors and municipal speakers discussed at the two days’ workshop this week in Bloemfontein.

Thandie Reachable chairperson of the Economic Development and Planning said municipalities are faced with a difficulty of delivering water, electricity and roads. Reachable says every time residents don’t pay for their rates and taxes, the Auditor General gives municipalities negative audit opinions.

SALGA says the Mangaung Metro transport industry deteriorated while its tourism grew and the province doesn’t have a vibrant private sector. The workshop created a platform for plans and strategies be discussed to overcome challenges that local municipalities face. 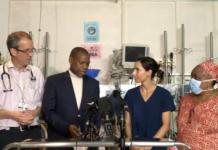