The Toyota Free State Cheetahs go into this weekends’ Currie Cup 9th round clash against the log-leaders, Western Province with the attitude that they still want to win the tournament.

The side are currently in on 19 points at the moment, equal to the Pumas and no points difference either however the side from Nelspruit has won one more match.

The side made three changes for the weekends’ match, largely due to injuries to Jean Cook and Rayno Benjamin.

“JP played most of the game for us last week and he’s been in the team for the last couple of weeks and has been solid for us,” coach Rory Duncan said about his powerful winger with rugby league experience.

“The reason why we started Benji last week was because he had an injury and we didn’t know how long he was going to last, that’s why we brought JP of the bench and we’re very happy to have him in the starting line-up,” said the coach on Benjamin’s injury.

“A guy line Neil replacing Jean…at lineout time he’s a specialist and he gives up a great option in the lineouts, so it’s good to have him back in the setup,” Duncan concluded.

The only other change to the side sees Werner Lourens replacing Henco Venter at lock, while the latter drops to the replacements bench.

“I’m not happy with regards to the scrums, I think in general play he was a bit quiet, but it was to be expected after such a long lay-off,” said Du Randt about Oosthuizens’ return against the Blue Bulls.

“It will take him some time to set in the new plays, thing that he hasn’t done for quite a while with new coaches,” he added.

“We worked hard today again, getting the scrum right, getting his posture right and getting him not to concede penalties, “ the Springbok legend concluded.

Saturday’s match at the Free State Stadium kicks off at 14:00, while at 14:30 the Griquas take on the EP Kings up the N8 in Kimberley. 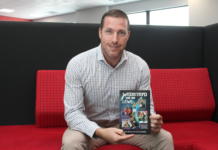 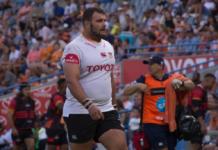 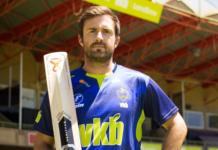