Freedom Park National Heritage Monument project has kicked off in Bloemfontein in hopes of raising awareness on the country’s history.

Delegates will be engaging with various stakeholders like the Free State house of traditional healers, curators and story tellers in Bloemfontein in matters of culture and history.

Freedom Park’s acting CEO Jane Mufamadi says during their seven day tour they will meet with role-players in order to advance their efforts towards preserving the country’s history.

"We are meeting inter-faith leaders, as well as struggle heroes and veterans within the Free State. This will culminate into a stakeholder workshop, where all these people we have met will meet to discuss what is their role and contribution and what Freedom Park can do in order to realise their objectives and programmes,” she says.

Mufamadi says even though the monument is located in Pretoria they aim to have their footprint in all provinces. Freedom Park delegates will also be visiting schools and libraries in Bloemfontein where books about heritage, history and culture will be donated.

Located on a 52-hector site on the outskirts Pretoria, the heritage site incorporates a national monument, state of the art interactive museum and memorial gardens. 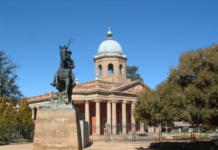 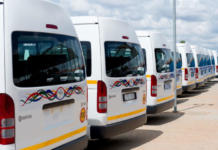