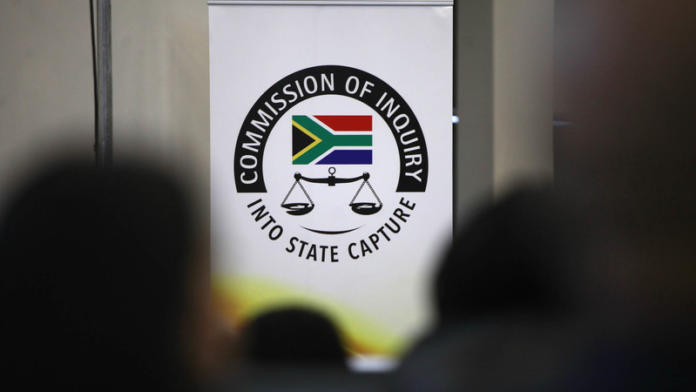 The commission of inquiry into state capture will on Tuesday hear evidence relating to allegations of corruption at the Free State provincial government.

Director of Supply Chain Management at the Free State department of human settlements John Matlakala is expected to take the witness stand when the commission gets underway at 10am.

The commission will also hear evidence from an asbestos expert Jacobus Roets.

The contract was awarded to the Gauteng-based Blackhead Consulting and Diamond Hill Trading joint-venture.

Public Protector Busisiwe Mkhwebane in her report says the provincial department participated in an expired contract of the Gauteng human settlements department, and failed to conduct a due diligence investigation before participating in this contract.

Mkhwebane says the province was in possession of the Gauteng department’s Service Legal Agreement, which had expired, and went ahead to pay the service provider an amount of R139 million. This, despite the auditor-general having declared the procurement as irregular as early as 31 July, 2015.

The contract for service providers to identify and remove asbestos roofs in the province has since the 2014/15 financial year drawn much controversy, with millions paid by the department remaining unaccounted for.

Dukwana told the state capture inquiry on Wednesday: “Mr Magashule was simply a blesser to many due to payments advanced by Mr [Ignatius] Mpambani from monies corruptly and fraudulently sourced from state coffers through the asbestos project.”

Mpambani was gunned down and killed in broad daylight while driving his Bentley in Sandton in 2017. He was one of the main beneficiaries of the controversial contract to “audit” and “assess” houses with asbestos roofs in the Free State.

After Dukwana labelled Magashule a “blesser to many” because of money allegedly sourced through an asbestos project in the Free State during his tenure as premier, the commission summoned his personal assistant (PA) at the time to give evidence relating to this allegation.

Magashule’s PA at the time, Moroadi Cholota, told the chairperson of the commission, Deputy Chief Justice Raymond Zondo that most of these “requests for funding” were not only directed to Mpambani but also to other businesspeople.

Cholota said most of these requests had been made to the office of the premier by the “needy” and that in instances when the office could not assist, aid would be sought from businesspeople.