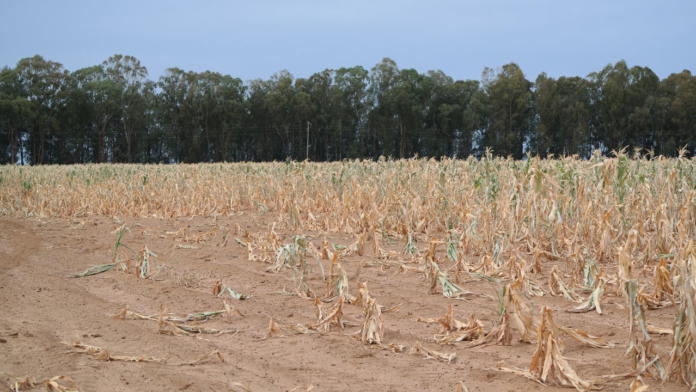 Democratic Alliance (DA) leader John Steenhuisen on Thursday called on President Cyril Ramaphosa to force premiers to respond to the country’s drought to avoid “a catastrophe”.

Steenhuisen made the comments in Kimberley, Northern Cape, during a visit to the area. He was joined by the party’s provincial leader, Andrew Louw.

Ramaphosa and his cabinet are also in the province for the African National Congress’s 108-year anniversary celebrations.

“Failure to recognise the severity of the drought that has gripped all nine of our provinces – and any further delays in putting in place measures to mitigate the impact of this threat – will have catastrophic consequences for our nation.

“This is the stark reality that our government can no longer ignore, and which surely has to be addressed in the president’s January 8 statement on Saturday,” said Steenhuisen.

The impact of the drought on South Africa’s food security would touch each citizen, he said, with the poor and destitute suffering most as the price of foodstuff soared.

“Nowhere is this looming catastrophe more evident than right here in the Northern Cape, and it is perhaps a blessing in disguise that the ANC has chosen to host its birthday celebration here.

“President Ramaphosa has now been in the Northern Cape for the better part of a week and would have seen first-hand the devastation caused by the ongoing drought. He cannot later claim to be shocked by this situation.

“There is nothing we, or anyone, can do to make it rain, but there is plenty one can do to try and lessen the impact of the drought on residents and to protect food security in the agriculture sector.

“Poor planning, crumbling infrastructure, and rampant corruption greatly exacerbate the effects of the drought, and it goes without saying that these issues need to be addressed in every province.”

It was “extremely worrying”, said Steenhuisen, that none of the other provinces affected by the drought seemed to share a sense of urgency or concern.

“The Northern Cape may be the worst hit, but the Eastern Cape, the North West province, Limpopo, Mpumalanga, the Free State, KwaZulu-Natal and Gauteng are all facing their own versions of Day Zero, whether in residential areas or in sustaining livestock and crops on farms.

“In towns like Butterworth in the Eastern Cape, Day Zero has already arrived, but there is hardly an outcry in the media beyond the town. And many other Eastern Cape and Free State towns are not far behind.

“Here in the Northern Cape, agriculture is on its knees. And while measures such as the drought plan, the early warning system and plans for a fodder bank that have been launched here must be lauded, it is simply not enough.”

Steenhuisen appealed to Ramaphosa to use his January 8 statement, which would be delivered on Saturday from the province, to recognise the urgency of the drought and to prioritise an adequate response.