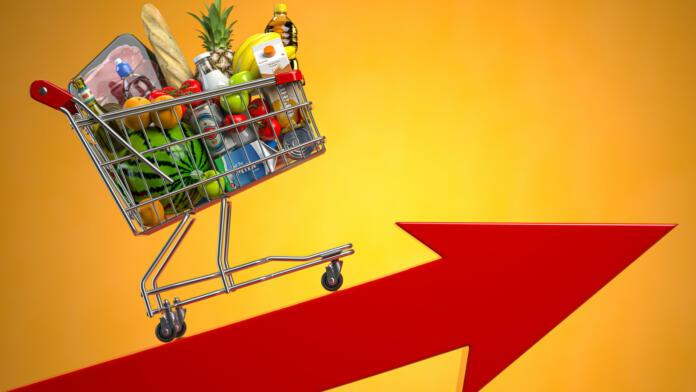 Renewed concerns about food prices are adding to the consumer burden of the higher fuel price that will be announced this week along with the new unemployment figures tomorrow.

The Citizen reports, consumer inflation and producer inflation are increasing and although South Africa seems to have passed the fifth wave of Covid-19, consumers need to tighten their belts.

According to the Bureau of Economic Research at Stellenbosch University, a key theme on the domestic economic front last week was rising concerns about upside risks to the near-term outlook for consumer inflation, fuelled by a second consecutive month where producer inflation (PPI) rose significantly more than expected.

Annual producer price inflation for final manufactured goods accelerated to 13.1% in April, up from 11.9% in March, according to Statistics SA.

The headline figure exceeded the consensus forecast of 12% year-on-year and was once again driven by the coke, petroleum and chemicals category – 28.4% year-on-year, contributing +6.9% percentage points.

Producer price inflation increased by 1.8% in April after registering a record 2.5% month-on-month increase in March due to a slower increase in petrochemical costs (4.4% vs 6.2%) and a deceleration of oils and fats price increases within the PPI food category (8.8% vs. a massive 27.3% in March).

It is not only economists who are worried.

The company also flagged double-digit price increases across its range of products – including bread, sweets, peanut butter and tomato sauce – within the next six months.

What was also worrying is that the gap between the increase in manufactured food prices and consumer food costs was at an all-time high in April.

BER believes, based on the recent comments from food producers, that the gap is likely to close in the coming months.

However, while an easing of pipeline food price pressures could support the narrowing of the gap, higher consumer food prices will also contribute.

Another huge fuel price increase on the cards

The expected huge petrol price increase this week and the passthrough of input costs to higher consumer food prices suggest overall headline CPI inflation could reach an average above 6% in 2022, BER warns.

BER’s forecasted in April that headline CPI will average 5.7% in 2022, but further bad news for the short-term inflation outlook was the more than 6% rise in the 1-month Brent crude oil futures price last week.

Global risk sentiment in the global financial markets improved notably last week; the US dollar was weaker against the euro.

In the US, the S&P 500 rose 6.6% during the week, the first weekly gain following seven weeks of declines.

Given the extent of stock market declines so far in 2022, a short-term bounce is not that surprising.

Sentiment was boosted on Friday by sustained robust US consumer spending in April, but the underlying investor concern about high global inflation and slowing GDP growth as central banks normalise monetary policy remains.

It is still unclear for how long consumers in the US can continue to draw down on savings to support spending.

The US household saving rate also declined to 4.4% in April, below the pre-Covid-19 trend and the lowest since 2008.

She said the Eurozone policy rate was likely to be positive (currently at -0.5%) by the end of the third quarter of 2022, implying that the ECB would start an interest rate hiking cycle in July.

These comments supported the euro, with the US dollar falling to a 1-month low versus the single currency.

According to BER, the softer dollar meant that the rand had a solid week, gaining 2% against the dollar.

The weaker dollar may also help to explain the modest rise in the gold price, while the rand posted broad-based gains last week, also strengthening against the euro and pound, most likely driven by the improved global risk sentiment.

The oil price also increased notably last week, as US gasoline and crude oil stockpiles moved lower ahead of the summer driving season when US demand for gasoline tends to peak.