The New South African airline, Fly Blue Crane, launched its inaugural flights from OR Tambo International Airport in Johannesburg to Bloemfontein, Kimberley and Nelspruit in September.
"Fly Blue Crane has anticipated and is positioned to deliver what customers want: the enhanced convenience of frequent flights by means of high on-time performance, commitment to consistent service excellence, advanced online technologies that will make the booking and travel process fuss-free and, of course, highly competitive fares," said Fly Blue Crane CEO, Siza Mzimela.
The COO of Fly Blue Crane, Theunis Potgieter, said in September the airline was poised to become an African aviation innovator by responding to market needs and implementing invaluable insights from global travellers who have revealed that customer value is not based on low pricing alone, but also in areas such as consistency, frequency, professionalism and reliability, as well as softer touch-points which include complimentary quality meals and the level of attention to detail paid to customers' special needs when flying.
"Fly Blue Crane's customers can look forward to such a fresh approach towards air travel, which blends the best of both worlds without compromising on premium service," he said.
During its launch phase, Fly Blue Crane will operate modern and fuel-efficient 50-seater Embraer Regional Jet 145 (ERJ) aircraft in a single class configuration. The use of a single aircraft type allows for quick aircraft turnaround times and maximum crew synergies. 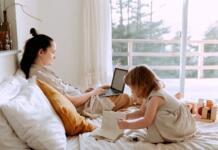