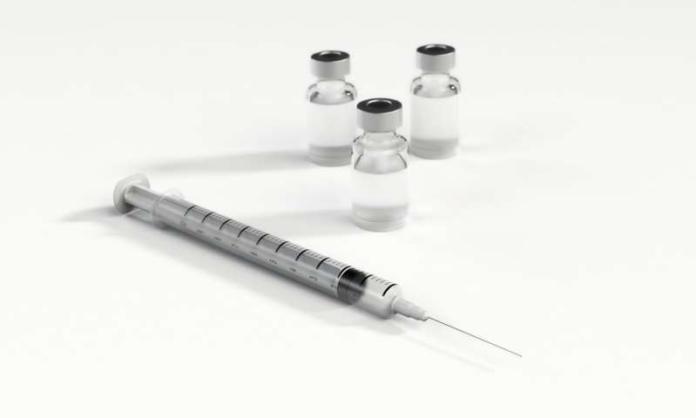 “The vaccine has been approved by South African Health Products Authority. The consignment will be moved to a secure facility in Gauteng before being distributed overnight to the various vaccine centres in all provinces,” Presidency spokesperson Phumla William said.

Due to the logistical purposes around the arrival of the vaccines, no media access was granted, Williams said.

The batch of 80 000 J&J shots will kickstart the South Africa’s vaccination rollout which was paused after preliminary trial data showed that the AstraZeneca/Oxford vaccine, which the country received earlier this month, offered minimal protection against mild to moderate illness from the coronavirus variant dominant in SA.

Government has been consulting scientists about what to do with the 1 million AstraZeneca vaccine doses received from the received at the start of the month from the Serum Institute of India, switching to a plan to start inoculating healthcare workers with J&J’s alternative in a research study.

Up to 500,000 health workers could be immunised in total in the study.

The ,(SAMA) had previously said if the first shots from J&J arrived on Tuesday, then vaccinations could start on Wednesday.

SAMA chairwoman Angelique Coetzee said vaccinations would happen at hospitals in each of the country’s nine provinces. Roughly two-thirds of the doses would go to public-sector health workers, and one-third to those in the private sector.

J&J’s vaccine is administered in a single shot, an advantage given how complex a logistical exercise the mass vaccination campaign will be.

The 17 vaccination centres identified for the rollout are:

Coetzee said “We are also pleased to announce that during this first vaccination, the general practitioners have been allocated the next two Sundays between 10am and 8pm a slot to be vaccinated because they are frontline workers.

“But the other days it will be the public sectors and nurse and also frontline workers that will be vaccinated.The South African Medical Research Council is expected to handle the vaccination processes.“

According to Professor Linda-Gail Bekker, deputy director of the UCT’s Desmond Tutu HIV Centre and an infectious diseases specialist, SA has to administer all 80 000 Johnson & Johnson Covid-19 doses before it can receive more vaccines.

Bekker, who is the national co-ordinator of the rollout for health care workers, said if SA administers the doses, a further 200 000 more doses have been promised.