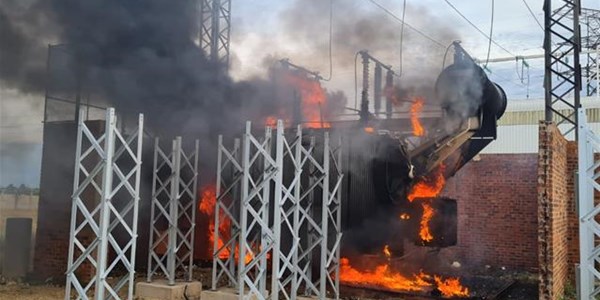 Mangaung Metro Municipality’s power utility, Centlec, confirms large parts of Mangaung are without electricity due to power outages at the Mangaung Distribution Centre, caused by a fire.

The utility’s spokesperson, Lele Mamatu, says one of the transformers distributing power to several areas caught fire, resulting in an emergency power shutdown. Mamatu says the shutdown was to avoid further fire damage to other transformers, that could have potentially caused outages in the rest of the city.

He confirms a multi-disciplinary team, including firefighters and Centlec’s electricians, are on site.

“At this stage, we are not sure of the cost implications on the fire, as we are currently busy taking stock of the damaged area. We will in the meantime keep consumers informed regarding power restorations”.

Some of the areas affected, include Rocklands, Freedom Square, and Phelindaba. These areas might be without electricity for the rest of the day.

Mamatu says Centlec would like to extend an apology for the inconvenience to all those affected.