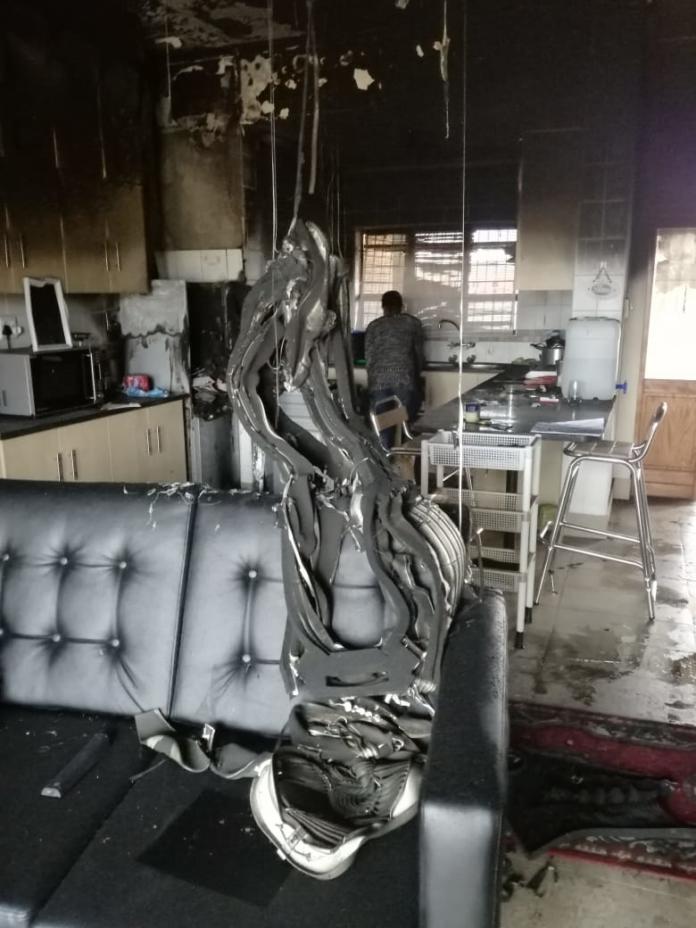 A nurse narrowly escaped a fire that ravaged the sleeping quarters at a nurse’s home at Albert Nzula Hospital in Trompsburg. The fire may have been the result of an appliance explosion when electricity supply returned after a period of load shedding.

The 35-year-old female nurse woke up to fumes early this morning before neighbours assisted to stop the flames from engulfing other parts of the premises. According to Free State Department of Health spokesperson Mondli Mvambi, emergency personnel arrived at the scene before the nurse was admitted to hospital.

“Our Infrastructure Unit is investigating the cause of the fire. It is understood that this may have been caused by an explosion of one of the appliances in her room when electricity returned after a few hours of load shedding,” stated Mvambi.

Eskom announced last night that it would implement Stage 6 load shedding, however, shedding is currently back at Stage 4.

Mvambi explained that the nurse is recovering well at the same hospital and will be moved to another room at the home during further investigations into the fire. “We are pleased that our colleague is safe and sound,” said CEO of Albert Nzula Hospital, Dr Mosebi Thejane.