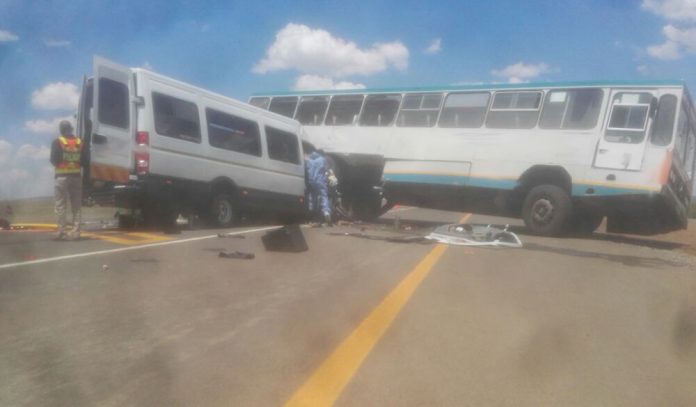 One person has died and at least twenty people have sustained serious to minor injuries after a taxi collided with a bus on the N8 between Botshabelo and Thaba Nchu, Free State.

The exact detail as to how the accident happened will form part of a SAPS investigation and comment.

Netcare911 paramedics worked alongside other services on scene.

One person was declared dead at the scene while the rest of the injured were stabilised on scene and thereafter transported to various hospitals in the area for further medical care.

The accident happened on Saturday afternoon.