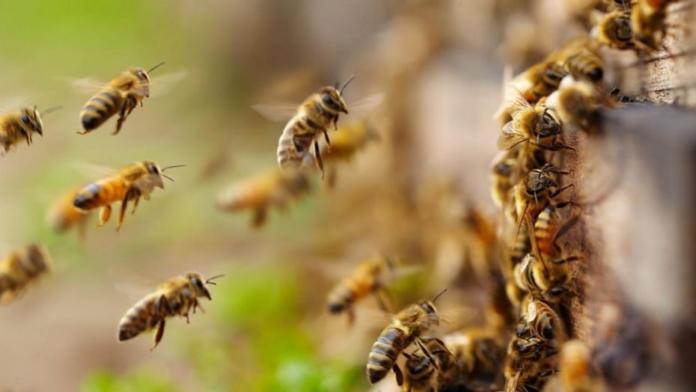 A Mbombela family of five, including a baby girl, are lucky to be alive after family members were stung thousands of times by a swarm of furious bees near The Rest.

According to the Lowvelder, their survival has been deemed “an absolute miracle” by an ER24 paramedic, who asked not to be named and who had been on the scene, saying not many people survived a mass of bee stings, let alone an entire family.

It is believed that the family – a mother, father, and three daughters (a baby, toddler and 12-year-old girl) – had been enjoying an afternoon drive through the veld near The Rest on Sunday when they accidently drove over a nest of bees which swarmed around the car and flew into the open windows.

ER24 spokesperson Ross Campbell said during the panic, the oldest daughter managed to run to a nearby farmhouse to call for help, all the while being continuously stung and chased by the swarm.

Campbell said the young girl managed to summon a man from the farmhouse who quickly sprayed her with water to try to get some of the bees off her.

He then told the girl to jump into the pool and quickly dialed emergency services before heading out to look for the rest of her family.

Campbell said the man drove down to see if he could find the others, but had to turn back because of the unrelenting swarm.

When the ER24 paramedic arrived at the scene, he suited up in his fire gear in an attempt to avoid getting stung and went out to search for the family.

Campbell said the father was heard screaming for help from a vlei where he had waded into the water with his toddler and baby in an attempt to escape the bees.

“Our medic managed to get close enough to grab the baby and toddler and race back to the farmhouse, handing them directly to the ambulance crew which rushed them through to hospital.

“The eldest daughter had also been taken through to hospital for further treatment. More ER24 paramedics arrived at the scene. They returned to the vlei for the father and managed to find the mother who had run back to their car in all the panic.”

Speaking to Lowvelder about the incident, the ER24 paramedic said most people died after being stung so many times by bees.

“The family had thousands of bee stings collectively. People do not normally survive that number of stings. This case is completely out of the norm. I have been to three other bee swarm cases in the past and the people who were attacked died.

“It is a miracle that all five of them survived. They have the Lord to thank,” said the paramedic.

He added that the family were stable when he had left the hospital on Sunday.