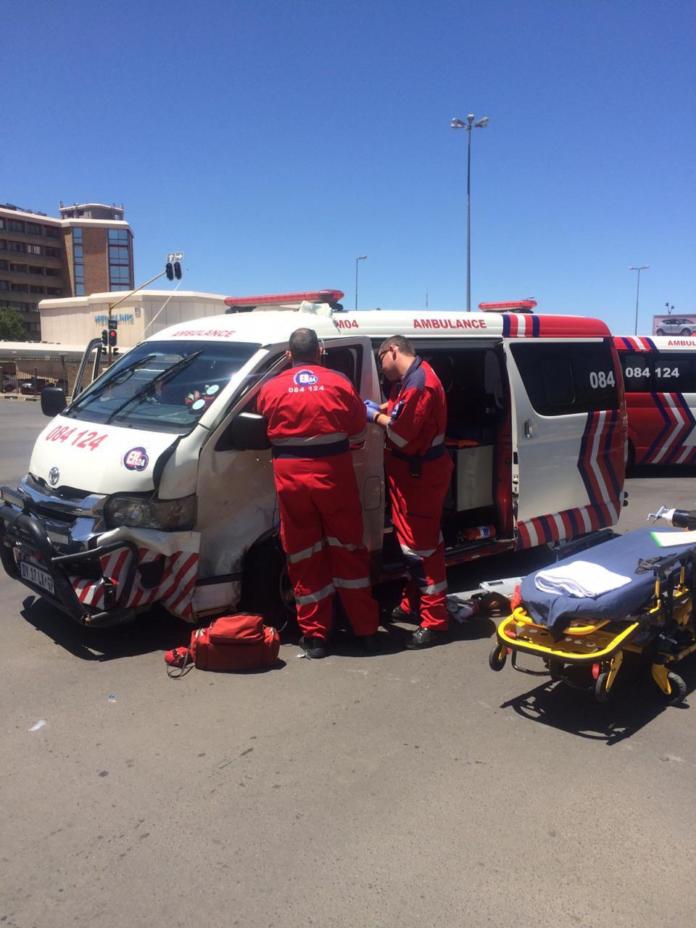 An ER24 ambulance and a vehicle collided at the Nelson Mandela Road and Parfitt Avenue intersection in Bloemfontein.

The accident happened when the ER24 ambulance was responding to an emergency call in Rocklands.

An official from the Fire Department, Judith Scheepers, told OFM News that both parties will be fine and further investigations will determine how the accident happened.

The driver of the ambulance told paramedics that he did not sustain any injuries and was declared fit by paramedics. Police later arrived on the scene and said they will investigate and report on the incident in due course.