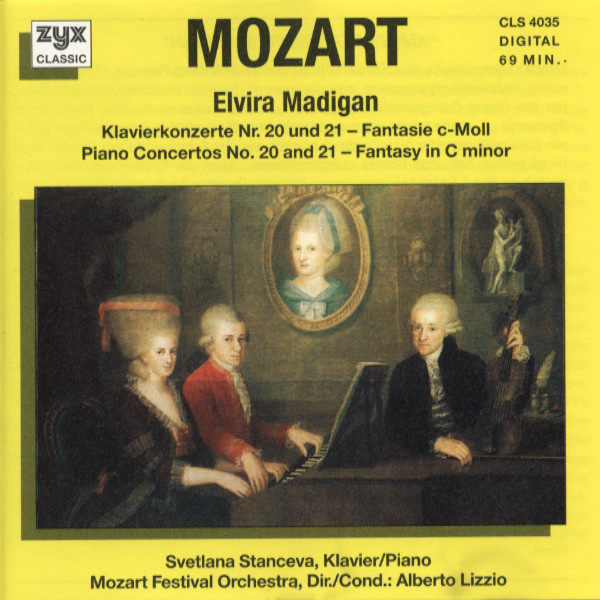 If you want to be a columnist you must have a notebook with you at all times. When an idea presents itself, it has to be written down immediately. At my age potential topics for my columns often disappear from my memory faster than they arrive.

The cell phone has fortunately replaced the old paper notebook, so there’s one thing less to carry. I love the Notes-app on my iPhone. This is where I write down ideas. At a recent count there were more than two hundred prospective topics stored in the column file.

The one that caught my eye last week when I was scrolling down my list trying to find something to write about, was Elvira Madigan. When or why I had written this name down, I could not remember. And then it hit me. Mozart! My dear roommate at Varsity, Joubert Heynike, had a classical record which he often played on his portable turntable in our hostel room. And Elvira Madigan was the name of a Mozart composition on that LP.

The facts about the so called Elvira Madigan concerto differ considerably from my vague memories of my Room’s old vinyl record. Mozart never knew anyone by this name when he composed the Piano Concerto No. 21 in C major, K. 467 in 1785. Elvira Madigan, whose name became synonymous with this composition, was born in 1867. And it was only in 1967 that the Swedish film, Elvira Madigan, based on the life and death of this Danish tightrope walker, was released.

The second movement from the Mozart concerto was featured in the film and, as a result, the piece has become widely known as the Elvira Madigan concerto. (By the way, Neil Diamond’s song Song Sung Blue was based on a theme from the andante movement of this concerto.)

The real Elvira Madigan died tragically in a suicide pact in 1889 at the age of only 21. Her lover, a Swedish cavalry officer, shot her and himself with his service revolver.