It seems like just yesterday that Corné Dry arrived at the University of the Free State cricket fields to make his club debut for the CBC Old Boys’ cricket club as a 15-year-old fast bowler, eager to get more game time.

From the word go the lanky youngster impressed with his first ball, which nearly broke the wicketkeeper’s fingers, forcing the man with the gloves to take a few more steps behind the stumps.

As they say, the rest is history. Dry rose through the school ranks at Grey College and before he wiped his eyes out, the speedster, who is more than handy with the willow, was representing South Africa at the ICC under-19 World Cup in Australia in August 2012.
The now 21-year-old Chevrolet Knights player is back in Australia two years later, but this time to represent South Africa A in their four-day test series against Australia A.

Dry caught the attention of the national selectors during last season’s Sunfoil four-day competition and was largely instrumental in the Knights finishing second in the standings.

Dry told Courant that getting the special call is something you always work towards, but don’t expect.

"Obviously as a young guy you have those dreams and aspirations of playing for your country and going to higher levels.

"I’m very excited to go, it’s a massive blessing and privilege," said the player who is a big fan of Proteas fast man, Dale Steyn.

The speedster, who is the younger brother of Springbok Sevens legend, Chris Dry, said his brother was always the better rugby player, while cricket is his forte.

"I really look up to my brother, he’s a great man and really works hard at what he does," he said fondly about the Commonwealth Games gold medallist.

"He tried cricket out when he was younger, but that never worked out for him. He was always very good and passionate about rugby…a very hard guy.

"For me, I enjoyed both sports, but my passion lies with cricket and my heart says cricket, so that’s the way I went," said Dry explaining the family’s sporting talent.

Dry departed for Down-under on Sunday along with David Wiese of the Titans in time for the second unofficial test starting tomorrow.

Meanwhile, South Africa won the first test in the two-test series by 8 wickets, thanks largely to an outstanding knock by Dry’s Knights teammate, Rilee Rossouw, who scored 231 in the first innings.

Rossouw has meanwhile been called up to the Proteas squad for the ODI series against Zimbabwe, as well as the triangular series which will include Australia.

Pundits in the region generally share the sentiment that Dry will become the Free State’s next Allan Donald and forsee the player representing South Africa in test cricket in the not too distant future. 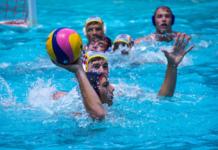 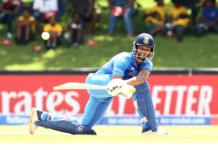 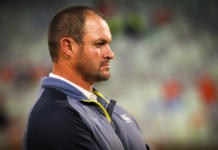