The Department of Economic, Small Business Development, Tourism and Environmental Affairs (Destea), took to the streets of Mangaung this morning to march against alcohol abuse.

MEC, Limakatso Mahasa, told Bloemfontein Courant that the march is important to the department and even though they are the ones who are giving the various entities licences to operate, the department is still fighting against alcohol abuse as it is a problem in the country.

“We are also marching today as we are hoping that outlets will start taking the safety of their buyers seriously and not sell to underage children,” she said. 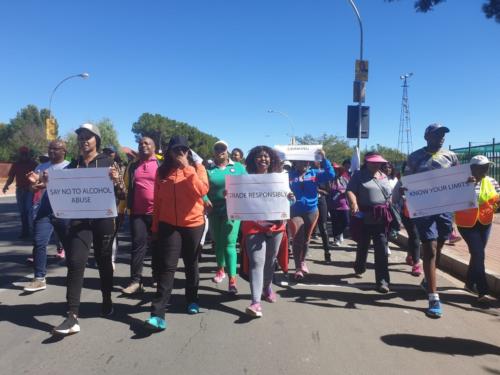 Mahasa said with Easter Weekend approaching, they are urging that motorists not drink and drive.

One of the Bloemfontein residents who was present at the march, Millicent Rakotoanyane, said that she hopes that the march will bring awareness to the problems that come with alcohol abuse and that people will start drinking responsibly.

A parent, Selloane Molusi, told Bloemfontein Courant that as a parent this topic hits home because these days there are many young children who abuse alcohol.

“While we were marching just seeing the children look at us as if we are crazy was the worst, I hope they will reach a stage where they see why this march was so important”

The MEC, Limakatso Mahasa, in her capacity as the Executive Authority responsible for Free State Gambling, Liquor and Tourism Authority will be having a consultative meeting with Free State Liquor Traders in Welkom in the Free State tomorrow.

According to a press statement from the department, this is in line with MEC Limakatso Mahasa’s commitment to her ongoing consultation with all stakeholders, including members of the community to reduce the socio-economic and other cost of alcohol abuse. 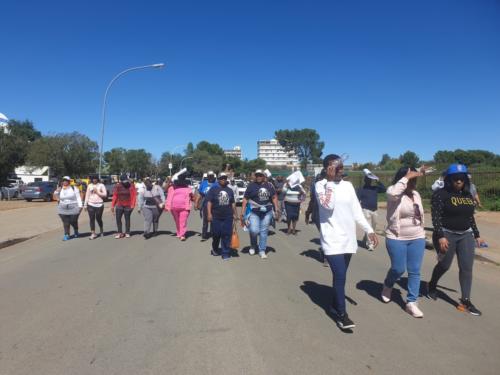 The consultative meeting seeks to give the industry a platform to raise issues that would provide them with an enabling environment to thrive as one of the key economic sectors in our country and even in the Province.

The meeting will be held at the Freddie Meyer Hall in Welkom at 10:00 tomorrow morning. – Sazly Hartzenberg
sazly@centralmediagroup.co.za