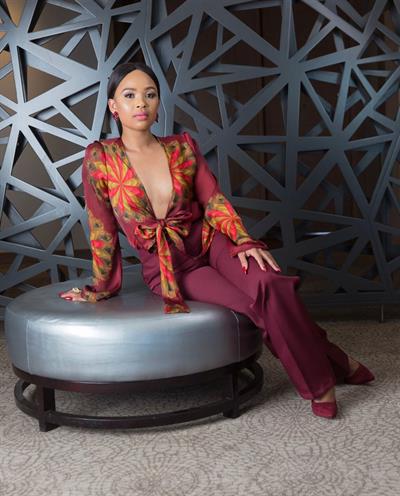 A Bloemfontein fashion designer has opened an agency that aims to help local talent build their brands in the billion rand fashion industry. Refiloe Mocwa, the founder of House of Designers Agency (HODA), seeks to bridge the gap between talent and business in the burgeoning fashion industry.

“The whole concept is to make sure we access markets. Upcoming local fashion designers know that they have talent but they don’t have the necessary information or business skills to thrive within the industry,” she said. The South African fashion industry creates approximately 11 000 jobs each year. This is according to a study by the Department of Trade, Industry and Competition and the South African Cotton Cluster.

As much as it sounds rewarding, Refiloe argues that local designers still need to be educated when it comes to maintaining a sustainable business in fashion. With assistance from the government and other structures, it can be achieved. A lack of resources and funding does however makes it hard. Refiloe says she gets emotional when she thinks about the many young fashion designers who cannot afford to grow in the industry. “The fashion industry is looked down upon. People don’t understand that it contributes over one billion rand to the GDP. There is money in the industry. It can combat the current unemployment rate.

If the government focuses more on our side we would be able to decrease the unemployment rate and make sure that everybody is fed,” she said. Over the years, Bloemfontein designers have met the demand by locals for exclusive wear. With over a decade’s experience in the fashion industry, Refiloe observed that although locals were open to exploring designer wear there was room for improvement. “People are now embracing designer wear and they’re embracing local designers. I don’t think people mind paying anymore,” she said. However, according to the 32-year-old, the majority of designers are focused on eveningwear instead of focusing on ready-to-wear daywear. “And that is where the money is,” Refiloe added. Before she ventured into fashion, the entrepreneur studied events management. It was not the right fit. She tried other options but she could not shake the desire to be in the fashion industry.

“I have always been surrounded by fashionistas so I think that is where the love for it came from. I have always known,” she said. In 2011, she eventually enrolled at a fashion school in Bloemfontein. Since then Refiloe has been claiming her place in this competitive industry.