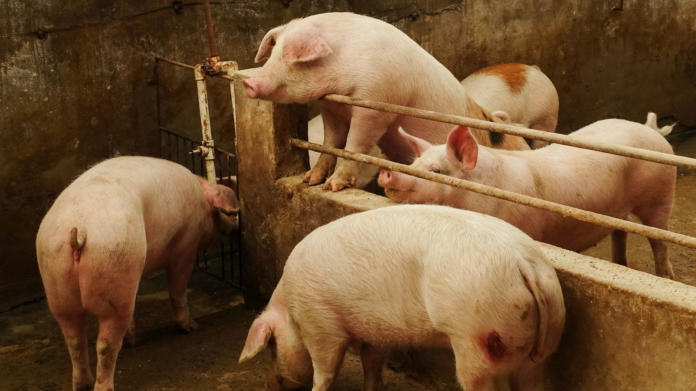 Owners, auctioneers and the public at large are warned against buying and selling pigs at auctions to prevent the further spreading of the African Swine Fever (ASF).

According to the Free State Department of Agriculture & Rural Development the deadly virus is made worse by the sale of pigs of unknown health status at local auctions.

As a viral disease of pigs ASF is known for its rapid spread and ability to cause up to 90% of deaths at farms where it is introduced for the first time. There are no vaccines, cures or treatment for the virus. Once the diagnosis of the disease is made on a farm all pigs are destroyed to comply with the Animal Disease Act, 1984 (Act 35 of 1984).

According to the department spokesperson Zimasa Leputla, since suspending the auction of pigs in the province, the department has managed to successfully prevent the further spread of the virus.

“In order to promote safer methods of trade of end-of-production pigs, the department has been assisting pig owners to facilitate the slaughter of pigs at the local abattoirs.

“The facilitation was achieved through the veterinary and para-veterinary personnel of the department conducting health inspections at farms, following which pig owners would complete health declarations to submit their pigs for slaughter at local abattoirs,” explained Leputla.

An outbreak was recorded in Heilbron earlier this year after the Koffiefontein outbreak of 2016. “The virus is still in circulation, and the risk of further spreading the virus through buying and selling pigs at auctions remains high,” said Leputla.

The World Organization for Animal Health has reported the potential collapse of the pig industry, following the outbreak of this disease in China and failure to prevent further spread of the virus.

“It is for this reason that the department is calling on all pig owners, auctioneers and the public in general to refrain from selling and buying pigs through auctions until the disease has been declared to have reached its clinical end stage,” added the spokesperson. – Nomaqhawe Mtebele