The Department of Higher Education and Training (DHET) has been embarking on a three-week long nationwide public awareness campaign aimed at enforcing compliance with the relevant legislations in the private college sector.
The campaign consisted of inspections and public awareness activities in major towns and cities around the country, including Rustenburg, Johannesburg, Durban, Port Elizabeth, Nelspruit, Polokwane and Bloemfontein. The campaign took place on 9 and 10 February.
The Department of Higher Education and different stakeholders investigated six academic colleges in Bloemfontein. According to Dr Shaheeda Essack, the director of Registration of Higher Institutions says: “One of the challenges we are currently facing is that colleges are accredited and registered for a few qualifications, but not for all the qualifications they offer. We have done our research, we have done our investigation and we know what the issues are. We as the Department of Higher Education want to go to different colleges to verify the accreditation of specific qualifications. We don’t intend to shut colleges down immediately. As part of the legal proses, we will issue them with a letter of warning, in which we give them seven days to get back to us. In the meantime, where they have students enrolled on uncredited programmes, we are instructing them to do a refund and for students simultaneously to pursue the legal route via the Small Claims Court.”
She added: “We’ve been engaging with the Small Claims Court throughout the country. They are inundated as a consequence of the campaign and the raising of awareness. The commissioners are not playing games, they are working together with students and there is about 80% success in getting back the refunds. The Department of Higher Education is working hand in hand with the Hawks and other law enforcement agencies.
Essack said during their campaign there were a few issues that she had picked up:
•There were students who had obtained degrees long before the degree was accredited by the council and the Department of Higher Education.
•The Health and Welfare accredited qualification was passed off as nursing qualifications.
•A lot of online distance education schools were not accredited.
•Smaller towns had colleges that pass off their qualifications as nursing, teaching and also policing, but in the meantime it was a scam.
•A number of refugees and asylum seekers wanted to study further, but their status did not allow them to integrate into the system, or to access banks, schools or colleges. 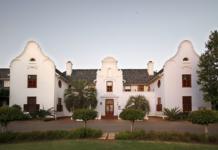