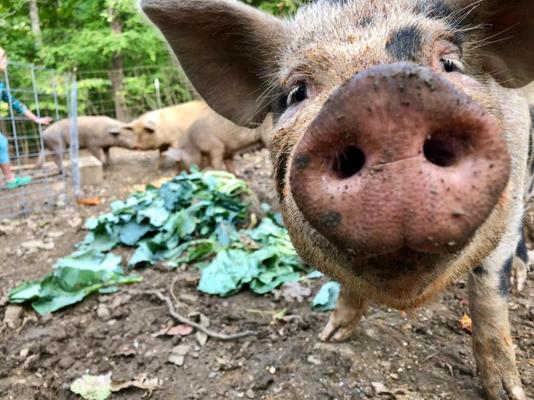 An African Swine Fever awareness campaign is being held today in Bloemfontein by the Department of Agriculture. This comes after reports of numerous outbreaks in Heilbron, Free State, in April and May.
The campaign will be part of the department’s national drive to educate farmers and pork producers on the prevention, transmission and spread of the deadly disease.
African Swine Fever does not affect humans. Nonetheless, it is highly contagious among pigs and so it has the potential to negatively affect local farmers and pork products. Infected pigs and pork products can also infect other pigs.
The outbreak areas were placed under quarantine before investigations took place to trace the origin of the disease.
According to Communications Director at Department of Agriculture, Land Reform and Rural Development Chris Khonkwane, there will be roadshows throughout the month across the Free State and North West.
“The department will be embarking on roadshows and awareness campaigns to meet with farmers and pork producers, affected communities and the public at large,” he stated. The educative drive will take place in Bloemfontein today and in Springfontein and Fauresmith on Wednesday.
“The campaign will include information on the risk of feeding kitchen waste to pigs, risk of buying from unknown sources, public health risks, symptoms, prevention and control of African Swine Fever,” said Khonkwane.
“Farmers should ensure that, if any swill is fed to pigs, the swill must be pre-cooked for at least an hour. This will ensure the inactivation of the virus, as well as other diseases of concern,” he elaborated.
Farmers and pork producers are asked to report any sudden illness and deaths of their pigs to the local State Veterinarian.
Quick facts about African Swine Fever:
1. Prevention is better than cure
2. There is no vaccine for ASF
3. There is no treatment for affected pigs
4. It kills almost all infected pigs
The disease is transmitted by:
1. Contact with infected wild or domestic pigs
2. Ingestion of contaminated material (e.g., food waste, feed, or garbage)
3. Contaminated fomites (people, vehicles, equipment, shoes)
4. Biological vectors (soft ticks). – Nomaqhawe Mtebele