A brilliant, unbeaten 95 from AB de Villiers led the Proteas to a convincing six-wicket victory in the final Momentum ODI at Sahara Willowmoore Park on Sunday, allowing the home side to claim the series 3-2. Pakistan captain, Misbah ul Haq, won the toss and chose to bat first, but not a single one of his team could reach 50, a fact which only emphasised how emphatically different in class De Villiers was to the rest. The tourists stumbled to 205 all out with Ryan McLaren claiming his third three-wicket haul of the series and the Castle Lager Proteas passing the target with six wickets and six overs to spare.

The Proteas started slowly losing Quinton de Kock (3), Colin Ingram (15) and Hashim Amla (22) for 83/3, but AB de Villiers stood firm.
De Villiers looked as though he was playing a different game, on a different surface, to everyone else. His 50 arrived from just 53 deliveries. Farhaan Behardien played his most telling innings for South Africa to date with a mature, aggressive innings of 35 from just 36 balls during a partnership of 87 with De Villiers, which effectively won the match.

There was time for David Miller to smite a six and a four in an unbeaten, run-a-ball 20, but there was no doubt about the Momentum man of the match and series. De Villiers scored 367 runs at an average of 91.75 with a century and three 50s in five matches.
SA CRICKET 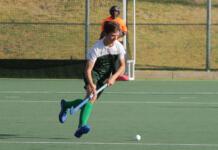 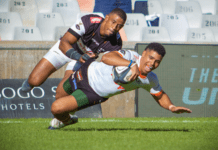 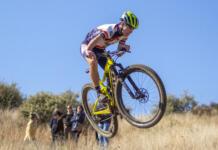