The nine charges of sexual assault and the manufacturing of child pornography against a Danish national seem to be just the tip of the iceberg.
The bail application of Peter Frederiksen, the Danish national accused of storing female genital parts in his freezer, was postponed in the Bloemfontein Magistrate's Court last Thursday.
He is now also linked with the death of his wife who was gunned down at her Lesotho home last month and has already been sentenced to six months imprisonment in Denmark for contravening a weapons act. He is further wanted by the Lesotho police for assault.
This became clear last week when the courtroom was emptied for safety reasons and the media had to spend the rest of the day outside the courtroom.
The charge sheet against the Danish weapons dealer from Bloemfontein reads as follows:
1. &#7;Assault with the intent to do grievous bodily harm (x2) – MA Modise.
2. &#7;Assault – MA Modise.
3. &#7;Contravening Section 24B (1)(b) – Manufacturing of child pornography – several counts.
4. &#7;Contravening Section 24B (1)(a) – Distributing of child pornography – several counts.
5. &#7;Contravening Section 24B (1)(a) of Act 65 of 1996 – Possession of child pornography – several counts.
6. &#7;Contravening Section 18(2) of Act 17 of 1956 – Conspiracy (x2).
7. &#7;Contravening Section 55 of Act 61 of 2003 – Removal of human tissue.
8. &#7;Contravening Section 58 of Act 61 of 2003 – Human tissue removed in an unauthorised place.
9. &#7;Bigamy.
His formal bail application started in the Bloemfontein Magistrate's Court last week, but thus far two witnesses for the state have testified and the Danish man is yet to apply for bail after he had initially decided not to apply for it.
In the meantime, he has changed his legal representative, dropping Adriaan van Rensburg (who had been representing him since his arrest). He is now represented by Thama Lithabe. – Owen Kock
owen@centralmediagroup.co.za 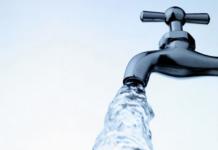 Trio to appear before Ventersburg Court over stolen ARVs